Chelsea’s pursuit of Diego Costa could be about to get a lot simpler, with news coming in from Spain that Atletico Madrid are interested in Santos striker Leandro Damiao, with rumours of a €13m bid from the Champions League finalists now doing the rounds. 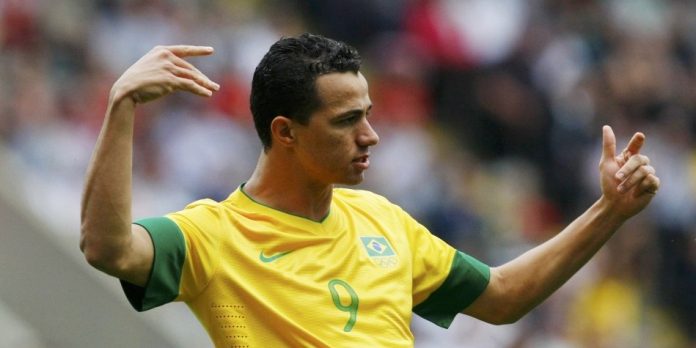 The saga of Diego Costa has been seemingly never-ending, a particularly arduous venture for journalists attempting to keep pace; but Spanish daily ‘AS’ have now reported that Damiao is on Atleti’s radar, which could be the catalyst for Costa’s exit from the club.

Chelsea boss Jose Mourinho has, on several occasions, bemoaned his lack of firepower up top this season, and a move for Costa seems to be almost inevitable.

But considering Ateltico Madrid’s rise to prominence this season (Diego Simeone’s side actually ousting Chelsea on the way to the Champions League final), we have been waiting for the first indications of a replacement being lined up, as Atleti would be loathe to lose their prized asset without bringing in a successor.

Santos hitman Leandro Damiao, according to AS, could be that man. The 24-year-old was formerly a target of Tottenham, but has recently struggled for form in the Brazilian League, and has not made Luiz Felipe Scolari’s Brazil squad for the upcoming World Cup.

But who are we to question Atletico’s judgement? This is a side that are known for their world class strikers, with Sergio Aguero and Fernando Torres products of their youth system, and Radamel Falcao rather a decent purchase in 2011.

Italian transfer site TMW have claimed that Diego Simeone’s side have already made a €13m bid for the striker, but that Santos want closer to €15m.

Inter Milan are also said to be interested, but you can be sure Chelsea will be rooting for their Spanish conquerers, as the capture of Damiao would surely hasten Diego Costa’s exit from the Vicente Calderón.