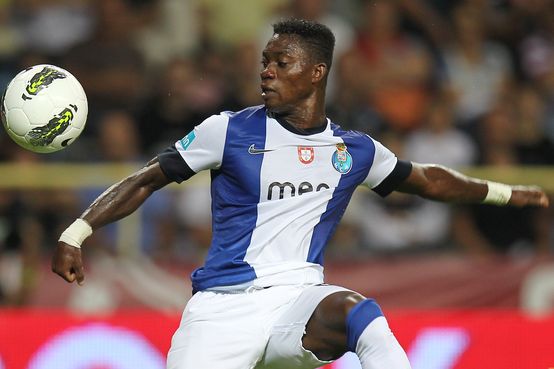 Chelsea are said to be in talks with Primeira Liga champions Porto over the availability of winger Christian Atsu.

Reports are suggesting the two sides have entered advanced discussions, and a fee of around £3M has already been agreed.

The 21-year old made 17 appearances for Porto last season – with nearly half of them coming from the bench. He’s represented the Ghana national team on 16 occasions – scoring three goals.

Atsu was little known outside of Porto, but he has making a name for himself during the 2012/13 season. Chelsea manager Jose Mourinho regards the youngster as a prospect for the future, and would more than likely loan him back out to Portugal in order to continue his development.

Many are surprised with Chelsea’s movement in the transfer market this summer, as they have seemingly added to positions they already are heavily strengthened in.

Willian and Andre Schurrle are both natural left-sided forwards, and Chelsea already have Juan Mata, Eden Hazard, Victor Moses, and Kevin De Bruyne who can all play on the left. How Mourinho will keep them all happy is a question many are asking.

Nevertheless, the Europa League winners are still keen to sign Atsu before the summer transfer window closes in a few days.

The Ghanaian international is a product of the Porto youth academy, but has spent time out on loan – to Rio Ave during the 2011/12 season.

He’s a player who possesses great pace, is very direct, and is regarded as a very skilful winger. A potential signing seemingly perfectly suited to Mourinho’s direct counter-attacking style.