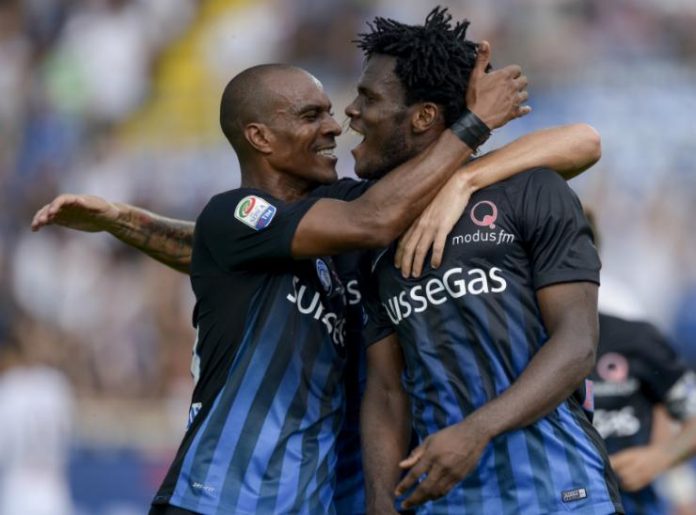 Atalanta midfielder, Franck Kessié, continues to be linked with Chelsea, with Sky Italia journalist Fabrizio Romano claiming that the Premier League leaders are “in talks” with the 20-year-old Ivorian midfielder.

He broke the news on Twitter, adding that it will be difficult for the Blues to agree to a deal now because Atalanta would like to keep the player till the end of the season.

Chelsea is in talks with #Atalanta for Franck Kessie. Not easy because Atalanta would like to keep him until June. #CFC #Chelsea #transfers

Any potential move for the midfielder in January is out of the question, as Kessié will be involved with his national team at the Africa Cup of Nations starting from this month. It can also happen that Chelsea may agree to a deal now with the Serie A club, confirm the signing, and then send him on loan till the end of season.

Last month, Atalanta had rejected a €25m offer from Chelsea as it fell short of their £34m valuation of the player. His agent has claimed that several other Premier League clubs including Liverpool, Manchester United, Manchester City and Arsenal are also interested in the youngster. United had shown a strong interest in the player recently, with José Mourinho reportedly calling Kessié up in November.

Kessié has been in tremendous form this season for Atalanta, having scored six goals and provided two assists for his side. The youngster has been likened to Man City’s Yaya Toure due to his power and box-to-box style, and would be a good addition to the Chelsea squad.

With Oscar having already departed to China, and John Obi Mikel likely to follow the same route as well, Conte is keen to add a young talent to replenish the void.

David Amoyal, a transfer expert, recently wrote about Kessié’s situation for ESPN, where he claimed that the Ivorian is likely to join a Premier League club in the upcoming summer transfer window. It remains to be seen whether Chelsea can seal this deal early before other potential suitors jump in.