Chelsea have confirmed their agreement with Chinese club, Shanghai SIPG, for the Brazilian attacking midfielder, Oscar.

The statement on Chelsea‘s official website read: “Chelsea Football Club and Shanghai SIPG have agreed terms for the permanent transfer of Oscar”.

Chelsea Football Club and Shanghai SIPG have agreed terms for the permanent transfer of Oscar… https://t.co/7izeugHu1J

The 25-year-old will move to the Chinese Super League when the transfer window opens next month. Oscar will join up with the former Chelsea coach, Andre Villas-Boas, at Shanghai and will cost the Chinese club around £60 million if recent reports are to be believed.

The Brazilian midfielder has struggled to hold down a regular starting berth since the arrival of Conte and will look to kick-start his career in China, now. Oscar has spent four-and-a-half seasons with the Blues and has helped them win the Premier League and the Europa League during his time at the club. The attacking midfielder has scored 38 goals in 203 appearances for the Premier League giants.

Chelsea will now look to spend the funds from Oscar’s sale to improve their squad in January. The likes of Bakayoko and Sidibe have been linked with moves to Stamford Bridge. The Blues have made a fantastic start to the season and are on top of the table right now. Oscar posted an emotional message on social media following the confirmation of the transfer and thanked the Chelsea fans for their support.

NEXT:   Michael Owen; caught between a bench and a League title

“I want to thank Chelsea FC, the owner, and all the employees who have made my time at the club so special,” Oscar said in a post on social media.

A very special thank you to the Chelsea fans, you guys are very special and I am honoured to have been a part of your club. We have won some special titles together: the UEFA Europa League, the League Cup and of course Premier League champions!!!! You will always have a special place in my heart. 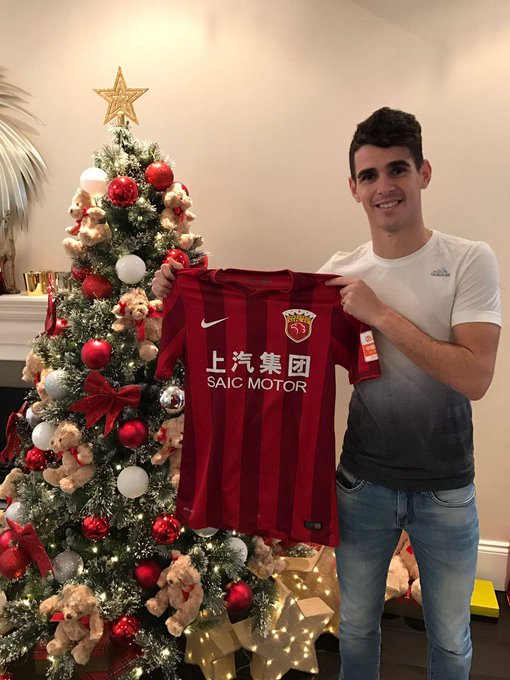