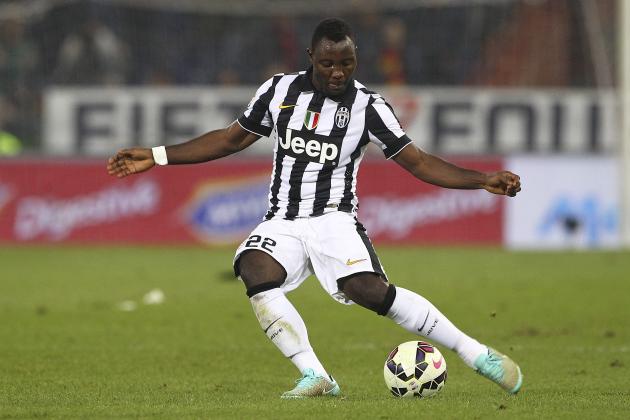 Chelsea are looking to sign the Juventus winger Kwadwo Asamoah this summer.

According to reports, Antonio Conte is a big admirer of the 27-year-old star and is looking to bring him to Chelsea.

Furthermore, the report also adds that Roman Abramovich is backing Conte’s move for the Ghana midfielder and is willing to spend up to 20 million pounds for the Juventus star.

Conte has a massive rebuilding job to do at Chelsea next season and having a few familiar faces would certainly help. Plus Asamoah has the ability to be a very useful signing for Chelsea. The Ghana midfielder is versatile and can operate as a utility player for the Blues.

Chelsea have been linked with moves for several Serie A stars including Radja Nainggolan, Leonardo Bonucci, and Miralem Pjanic.

The new Chelsea manager is expected to bring back Juan Cuadrado from Juventus as well.

The Premier League giants have a verbal agreement in place for Asamoah and a move could be finalised over the next month.