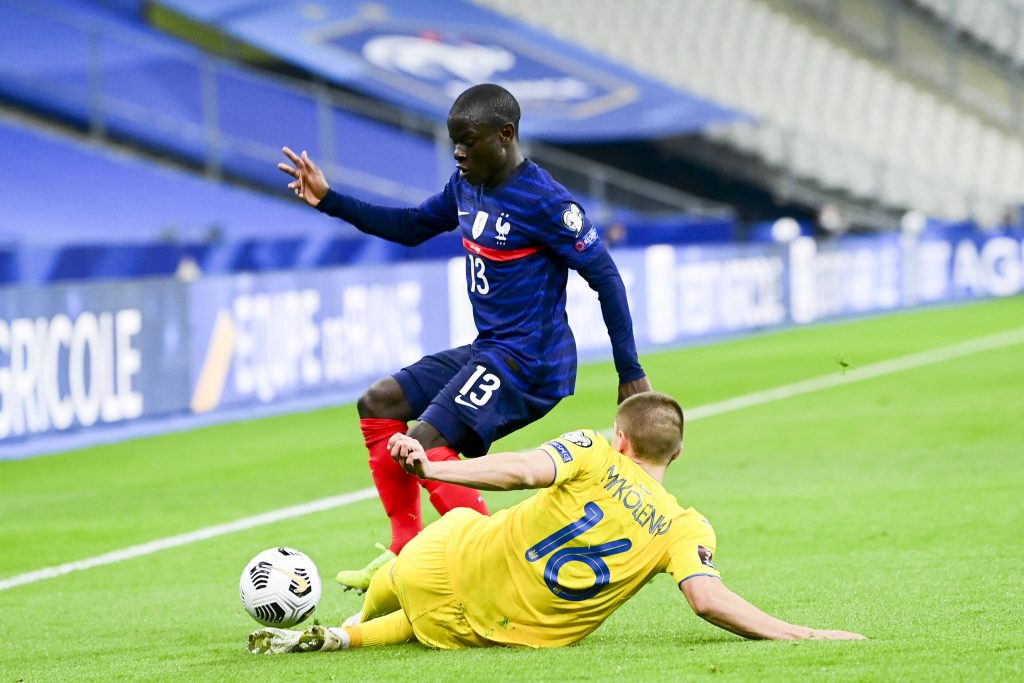 Some Chelsea fans have expressed their concern after N’Golo Kante picked up a hamstring injury on international duty with France.

Kante played the full 90 minutes of the World Cup qualifier against Ukraine at the Stade de France, which ended 1-1.

However, he won’t participate in the upcoming games against Kazakhstan and Bosnia and Herzegovina due to a minor hamstring injury.

A statement from the French Football Federation revealed that the Blues midfielder sustained the problem during the final stages of the Ukraine clash.

“The Chelsea midfielder felt a pain in the hamstrings of the left thigh at the very end of the match against Ukraine on Wednesday at the Stade de France,” it read.

“He had clinical and radiological examinations on Thursday, which revealed a small injury.”

Meanwhile, the update also confirmed that Kante has been sent back to Chelsea for further treatment after consulting with the national team doctor.

The news has not been welcomed by the Blues’ faithful, and some of them on Twitter are worried that Kante may not make a quick recovery.

The last time Kante had a ‘minor’ hamstring strain he was out for 3 weeks so he’ll miss Porto. It’s unacceptable that this keeps happening with Deschamps. Kante always picks up muscle injuries on international duty.

We just started to see the best of Kante in recent weeks. Against Atletico Madrid he was at his prime best. So what happens next? Injury in international break!!

he has hamstring injury usually take 2 3 weeks to heel

Ah kante is injured we need him back soon hopefully

Kante has been carefully handled by manager Thomas Tuchel due to multiple niggles sustained by the Frenchman since last season.

In the 14 games under his management, Kante has started only six of those with him being constantly rotated with Jorginho or Mateo Kovacic.

France head coach Didier Deschamps said that he was delighted with Tuchel’s handling of Kante, but the latest setback is a blow for both teams.

The injury has only been described as a minor one, and hopefully the 29-year-old can return for the Blues when the international break concludes.

The Blues host West Bromwich Albion in the Premier League on April 3. Tuchel may ideally want Kante fit for the Champions League clash at Porto which follows.