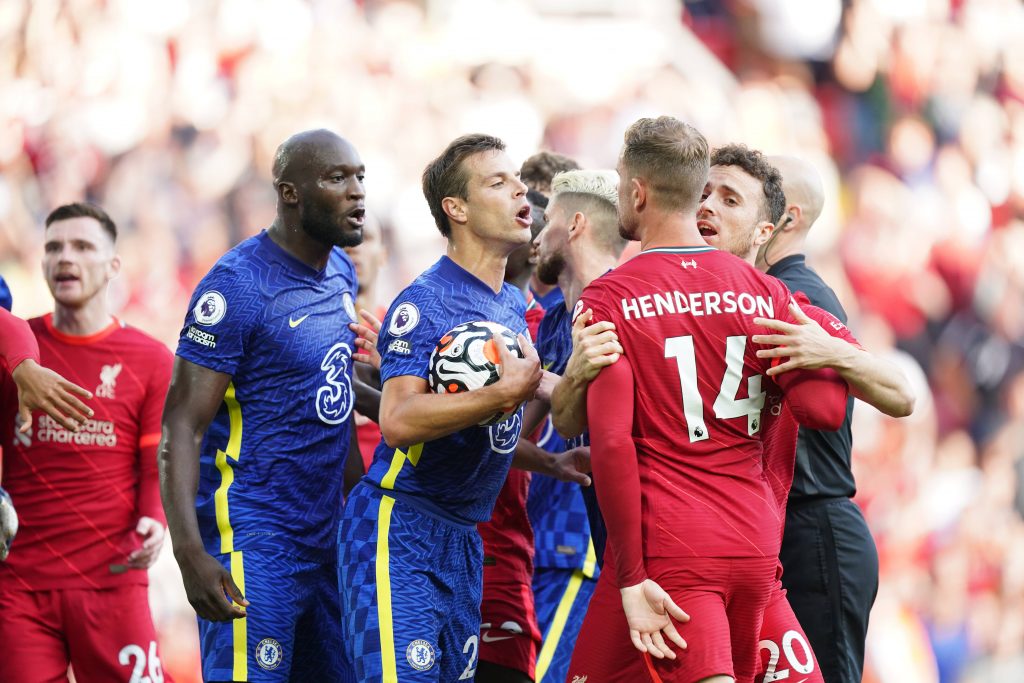 Some Chelsea fans were delighted with Cesar Azpilicueta’s performance during the 1-1 Premier League draw at Liverpool on Saturday.

Azpilicueta celebrated his 32nd birthday and 300th Premier League appearance yesterday, and he made his mark with a resolute defensive display.

Kai Havertz gave the Blues the lead in the 22nd minute with a flicked header from a corner that looped over Alisson Becker into the back of the net.

Before the half-time interval, Reece James received his marching orders for a handball offence that denied a clear goalscoring opportunity on the line.

Replays showed that the ball initially made contact with his knee, but referee Anthony Taylor handed a straight red card after a VAR review that seemed harsh.

Mohamed Salah put the Reds level before the break. Despite being a man down, the Blues created opportunities after the interval and held on for a point.

Azpilicueta was hugely instrumental in the defence with nine clearances, six tackles and three interceptions and winning two aerial duels.

Some Chelsea fans were delighted for the club captain, who called out Taylor after the game for not taking a longer look at the James incident.

Azpilicueta is a very underrated captain

Cesar Azpilicueta for Chelsea against Liverpool:

Putting in a captains performance for the Blues. #CFC

Eduoard Mendy, Christensen, Rudiger and Azpilicueta deserve so much credit for that defensive performance👏🏽

“ So he goes to VAR, takes one look and that’s enough for him to decide it’s a red card, Okay, Liverpool also made fouls on us that you’d expect the same treatment “

Azpilicueta’s performances have gone under the radar as usual

Azpilicueta has entered his 10th campaign with the west London giants but remains a hugely important figure on and off the playing field.

He recently entered the final year of his £150,000-per-week, and talks are already underway with the club’s hierarchy over renewing his stay.

The Spaniard led from the front against the Reds, but his play-acting during the game has received plenty of criticism from fans elsewhere.

In the final phase of the game, he went down holding his face with no contact from Sadio Mane. The Blues still deserved their hard-fought point.