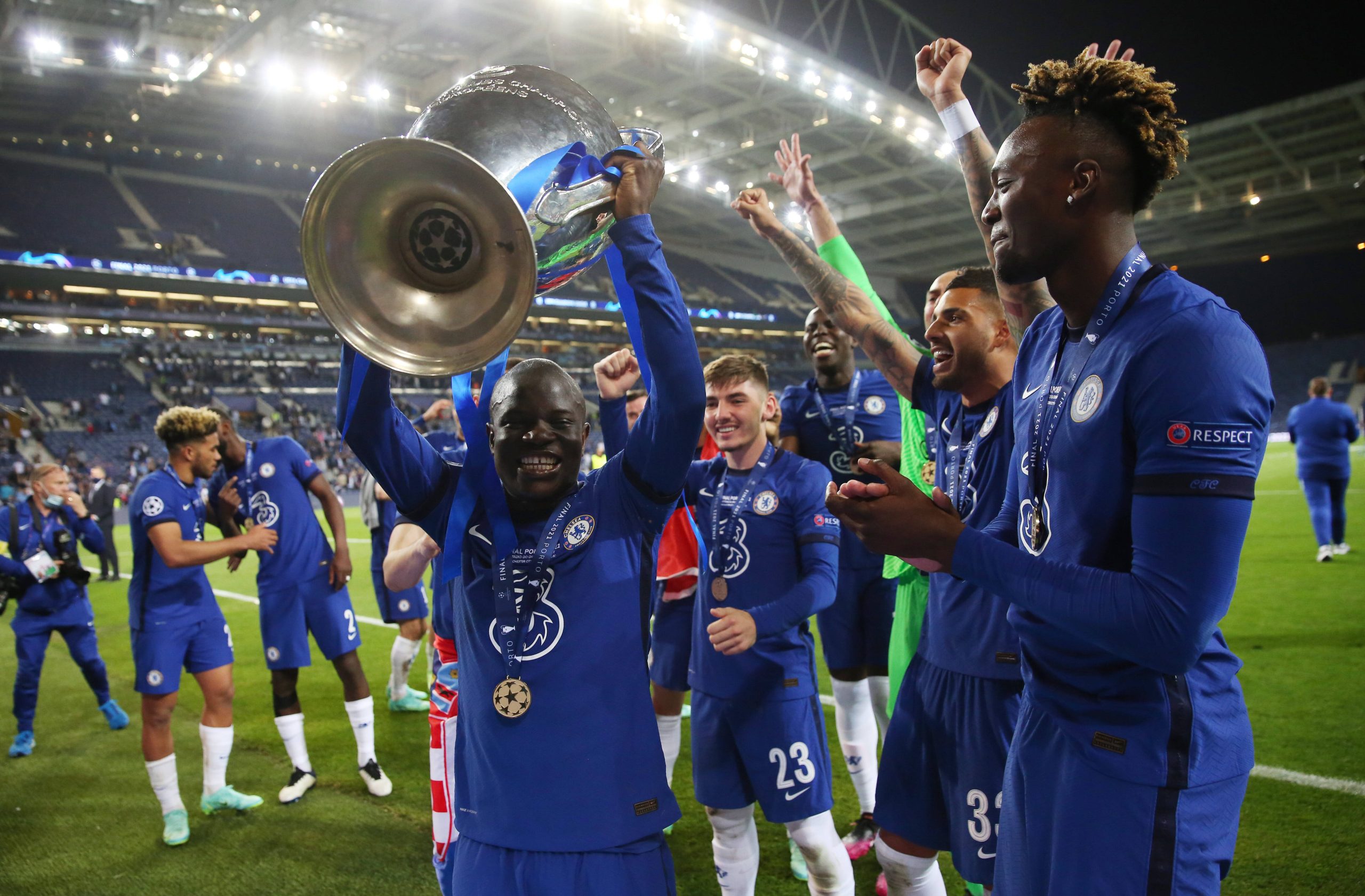 The Frenchman played a starring role in the club’s semi-final ties against Real Madrid, where he was adjudged the man of the match in both legs.

He produced another stellar performance in the final in Lisbon as the Blues secured a 1-0 win, lifting the second Champions League title in their history.

Kai Havertz proved the match-winner with his 42nd-minute goal, where he got behind the defence and rounded goalkeeper Ederson to convert into an empty net.

However, Kante earned most of the plaudits as he made some vital challenges in the final third when the Cityzens were in counter-attack situations.

Kante once again kept Kevin De Bruyne quiet before the Belgian was substituted due to concussion after a collision with Antonio Rudiger.

He also nullified the threat of Riyad Mahrez by dispossessing him on multiple occasions, and he was unsurprisingly picked as the man of the match.

Several Blues supporters were hugely delighted for Kante, and here are a few reactions on Twitter following the game.

Ngolo Kante was Man of The Match in two semi-final matches against Real Madrid and the final against Manchester City. That's Ballon d'Or material. CROWN HIM. pic.twitter.com/jxdJEfPvB6

Hand over the Ballon d'Or. It belongs to N'Golo Kante.

Man of the Match:

Round of 16 second leg: Kante

Kante, who is currently on £144,000-a-week, made three tackles, 10 ball recoveries and also won four aerial duels on the night.

The midfielder was inconsistent with his performances earlier this year as he struggled to find form following a hamstring injury.

Blues boss Thomas Tuchel could be credited for his upturn in fortunes. He dealt with the midfielder with caution by resting him in some games.

The 30-year-old has two years remaining on his contract. The club will be keen to reward him with a bumper contract after the European success.