According to Portugal newspaper O Jogo, Bayern Munich’s Philipp Lahm has become a transfer target for the Blues, adding further scrutiny to the situation concerning Ashley Cole at the club. 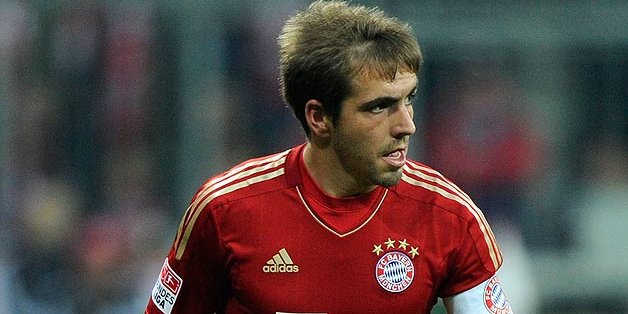 Cole was left out of the last two games for Chelsea. This was deemed odd, as in the time leading up to him playing in England’s 1-0 loss to Germany on Thursday, the 32-year-old seemed fully fit, having seemingly recovered from a rib injury when playing for his club.

The Guardian has reported that Cole has aggravated that initial injury during the England game; but at no point in the lead up to the match did Chelsea boss, Jose Mourinho criticise or intimate that there was a problem with the Chelsea stalwart.

Indeed, Mourinho told reporters after Chelsea’s 2-2 draw with West Brom, “I decided for [Cesar] Azpilicueta to play against Schalke and he was fantastic. On Saturday he was very good again.

“Ashley is a top professional, he is a fighter. He has to work hard, to fight hard because the place [in the team] is his place.”

It seems as though a spot of rotation has been in order at the Bridge, with Azpilicueta afforded more game time after performing well in Cole’s recent stint out injured.

Chelsea-themed transfer speculation has been the flavour of the month for many publications world-wide. The likes of Radamel Falcao, Xabi Alonso, and Julian Draxler have all been linked with a January move to Stamford Bridge in recent weeks; and now, Bayern Munich captain, Lahm, has been added to the list.

This week, we brought you the news that Wolsburg left-back Ricardo Rodriguez was hot on the Chelsea agenda, which certainly seems more plausible than the supposed Lahm link; but with Cole seemingly still in the frame, any signing would surely only be a reinforcement of backups.

Philipp Lahm, whose renowned ability demands a starting berth, has never voiced any concern over his situation at the European Champions, and has a contract running until 2016. Having just ushered in a new era with Pep Guardiola, it seems extremely unlikely that Lahm would push for a move in the near future.

What makes this story even more suspect is that the relationship between Pep and Mourinho has been on shaky ground for many year. The chances of Guardiola entertaining the idea of dealing with his nemesis are pretty remote, especially when concerning his talismanic captain.

Expect many papers to run with the Lahm story, even after Ashely Cole regains his place in the Chelsea starting eleven; but for now, it would be unwise to give any credence to it.