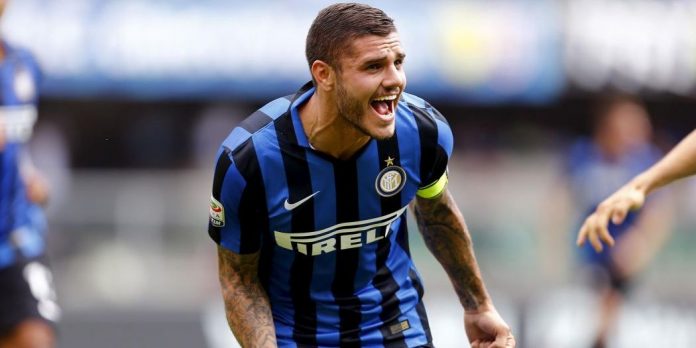 Arsenal and Chelsea’s reported pursuit of Inter Milan striker Mauro Icardi could be over after full-back Cristian Ansaldi, who joined the Serie A side this summer, revealed that the Argentine “will definitely stay” at the club.

Speaking at a press conference today, Ansaldi answered questions about his new teammate at Inter, with the 29-year-old seemingly certain that Icardi, who has also strongly been linked with Napoli, is set to stay in Milan.

“I think he’s clear in his mind that he wants to stay. This club means a lot to him, he’s young and he still has to learn but he knows the responsibility that is implicit in the role of captain,” said Ansaldi.

It was reported yesterday that the Blues had sounded out Icardi, who could cost as much as £50m, as a possible addition to the squad, with calciomercato.com claiming that Chelsea had beaten Arsenal to making first contact.

The Gunners are in the throes of an injury crisis up top with Danny Welbeck ruled out for the next few months, Olivier Giroud having only just returned to training. For years, Arsenal fans have pleaded in their thousands for manager Arsene Wenger to splash out on world class striking options, with their cries always falling on deaf ears.

Arsenal’s record signing remains their purchase of Mesut Ozil from Real Madrid in 2013 for £42.4m, and a bid of close to £50m for Icardi would represent a serious change in direction for the club, who have stated this summer that they are not willing to pay the types of high prices seen so far in this transfer window.

Chelsea, on the other hand, are very used to splashing the cash, but may have to look elsewhere if Ansaldi speaks the truth about the intentions of the current Inter Milan captain.