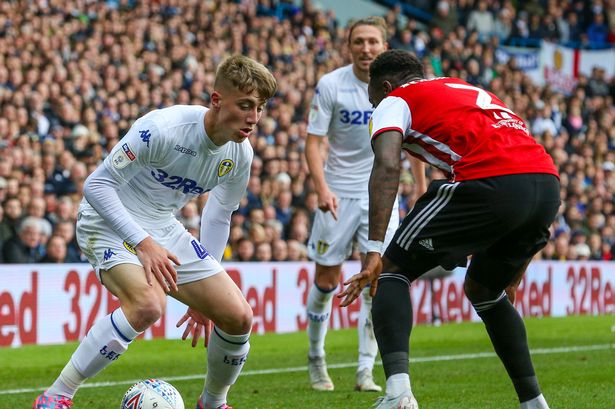 The highly exciting Leeds United academy product Jack Clarke made his senior debut for the club against Brentford on Saturday afternoon.

Of all the impressive things Marcelo Bielsa has done so far at Leeds United, one particular aspect stands out over anything else – it is his willingness to give chances to young players if they are good enough.

Leeds have the reputation of producing top young talents from their academy with the current side boasting top young players such as Bailey Peacock-Farrell, Kalvin Phillips, Tom Pearce and Jamie Shackleton.

Clarke is the latest player to have joined the list, and he has a bright future ahead of him. According to Carlos Corberan, the 17-year-old always had the talent required to break into the first team.

Speaking to BBC Radio Leeds, the Spaniard has described Clarke as a ‘huge talent’.

“Jack Clarke is a young player with huge talent,” Corberan said. “When I arrived at Leeds, he was with the Under-18 side. We saw that he had the level to play with the Under-23’s, and we moved him up.

“We started to develop him in terms of what we need from a winger, right and left side. He has to continue working, but it is good that this club have young, talented players like him. We will make sure he is ready to meet the demands of football.”

He has been with the squad for the five Championship fixtures and made his debut on Saturday as he replaced Stuart Dallas with 20 minutes left to play.

Leeds fans can hope that Clarke develops into a top quality player under the tutelage of Bielsa, and can become another weapon in the Argentine’s armoury, as the Whites aim to secure promotion to the Premier League this season.