Carabao Cup Round 3 Preview: Premier League giants look for thread comfortable path to next round 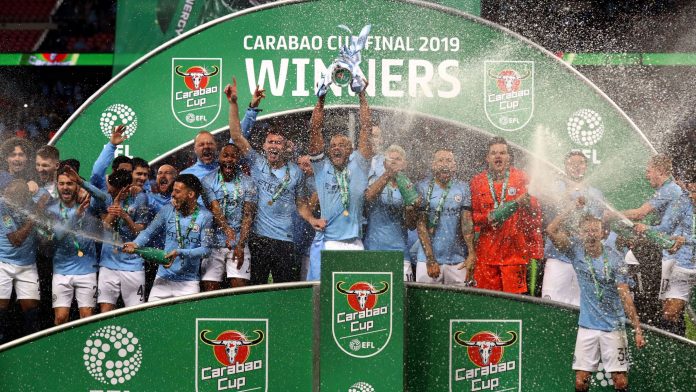 With the Premier League already having moved into cruise-control, the Carabao Cup is back as Manchester City look to defend the trophy they’ve won for the past two seasons.

Pep Guardiola’s side has been handed a relatively comfortable fixture, playing Preston North End away from home to kick-off their title defence.

Guardiola’s already confirmed that rising young defender Eric Garcia will play in the game, while he’s assured to give some other youngsters their due as well.

Phil Foden will be given the license to prove himself capable of being involved in matchday squads regularly, while Claudio Bravo should also get his first start of the campaign. Preston North End are third in the EFL Championship, only one point behind league-leaders Leeds United.

They definitely won’t take it easy and with attackers like Daniel Johnson and former Manchester United youth player Josh Harrop in fine form, Pep will hope his youngsters prove their quality with a comfortable win.

Premier League leaders Liverpool travel to MK Dons and are expected to play a completely different lineup after the hard-fought win at Stamford Bridge on Sunday.

Jurgen Klopp doesn’t care for this competition, as his side have been knocked out in the third round successively over the last two seasons.

However, he’ll look to change that by relying on promising youngster Rhian Brewster to come up with the goods.

Some fringe players should get an appearance, as Klopp’s unrelenting attacking style and impressive form this season should overpower a lowly Dons side.

Arsenal have a tricky challenge, facing Championship side Nottingham Forest days after their thrilling 3-2 comeback win over Aston Villa on Sunday.

Unai Emery’s already displayed impressive dedication for youngsters and even granted Bukayo Saka his Premier League debut against Villa, as one can expect the Spaniard to play a youthful side.

Forrest have some menacing attacking outlets in Joe Lolley and Lewis Grabban. The former’s creative touch along with the latter’s clinical finishing’s bound to trouble Arsenal’s shaky defence and make this a tight affair.

Arsenal’s rivals Tottenham Hotspur face a League 2 mid-table side in Colchester United, who are in decent form with two wins in two. Spurs suffered a set-back with their loss to Leicester City, but look to bounce back with a compelling win.

17-year-old Troy Parrott could get his official debut to prove why he’s being scouted by the likes of Juventus and Real Madrid. The clinical, pacy striker could run riot and help give Pochettino some breathing room with a dominant win.

Manchester United host League 1 minnow Rochdale in a game expected to involve their fringe players as well as blossoming youngsters who thrived against Astana last week.

After an embarrassing loss to West Ham United in the weekend, Ole Gunnar Solskjaer hopes one of Anthony Martial or Mason Greenwood makes their return to spur on a big win to get things back on track.

As will Chelsea, who found some source of confidence by taking the game to Liverpool in their 1-2 loss to the League Leaders.

Frank Lampard will retain his trust in youth against League Two side Grimsby Town, with the possibility of giving defender Marc Guehi and energetic midfielder Billy Gilmour their opportunities to shine.

With multiple injuries against Liverpool giving him further headaches, he’ll also look to involve the returning Callum Hudson-Odoi and exciting right-back Reece James to treat the fans with something special on Wednesday.