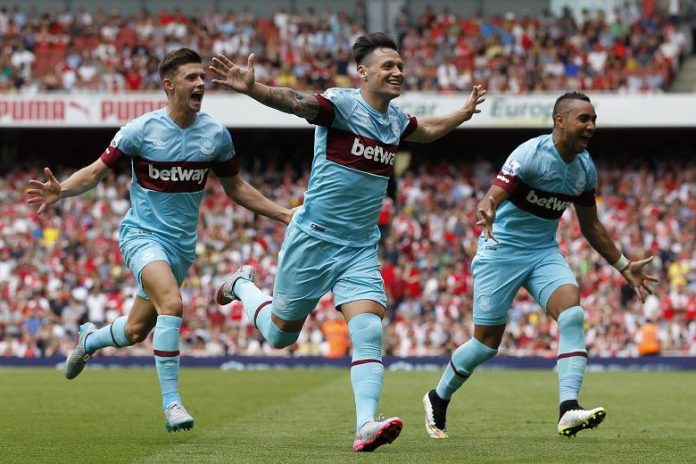 West Ham United have started the 2015/16 Premier League campaign in extraordinary fashion. The Hammers are currently in 6th place and are proving to be contenders for a European position in the top 5. West Ham have surprised many people this season pulling off incredible victories against Arsenal, Liverpool, Manchester City and Chelsea. West Ham are certainly in a position to challenge the top clubs, but they will need to remain consistent for the rest of the season to qualify for a European competition.

West Ham have found great success in their huge summer signing of Dimitri Payet. Payet has helped West Ham immensely this season being a creative playmaker and sparking attacks. Dimitri Payet has recorded 4 assists and scored 6 goals in 15 Premier League games this season. Payet has missed many games this season due to injury, but West Ham continued to get good results with other players stepping up. Cheikhou Kouyate, James Collins, Aaron Cresswell and Adrian have all been extremely solid defenders this season and have helped to limit the amount of goals conceded in games.

West Ham may have extremely talented and consistent midfielders, defenders and a goalkeeper, but they have struggled to find a consistent striker. They have an abundance of talented strikers, including Enner Valencia, Diafra Sakho, Andy Carroll, Mauro Zarate and Nikica Jelavic. While these strikers may be talented, they have struggled to remain consistent this season. Andy Carroll, Diafra Sakho and Mauro Zarate all have three goals apiece. If The Hammers can find a striker to rely on for the second half of the season, they will be in good shape to contend for a top 5 position.

West Ham did actually qualify for the Europa League last season by winning the fair play award, despite finishing 13th last season. They were required to play qualifying games to make the group stage, and were knocked out of the competition after losing to FK Astra Giu. West Ham have shown huge improvements since last season and have risen from 13th to 6th in the table. If The Hammers were to qualify for the Europa League, they would certainly be more likely to progress through the group stages.

West Ham have undoubtedly turned the tides and have risen to be a top half club. The real challenge for them in the remainder of the season will be go qualify for the Europa League and beat out the bigger clubs in the Premier League.  Without other competitions to worry about, West Ham can really focus on the Premier League and getting the highest position that they can.  Despite hitting a slight bump in the road after losing to Newcastle United in their last game, they had gone 9 games unbeaten in the Premier League. West Ham face a big task ahead of them as their next game in the league is against Manchester City on Saturday, January 23rd.