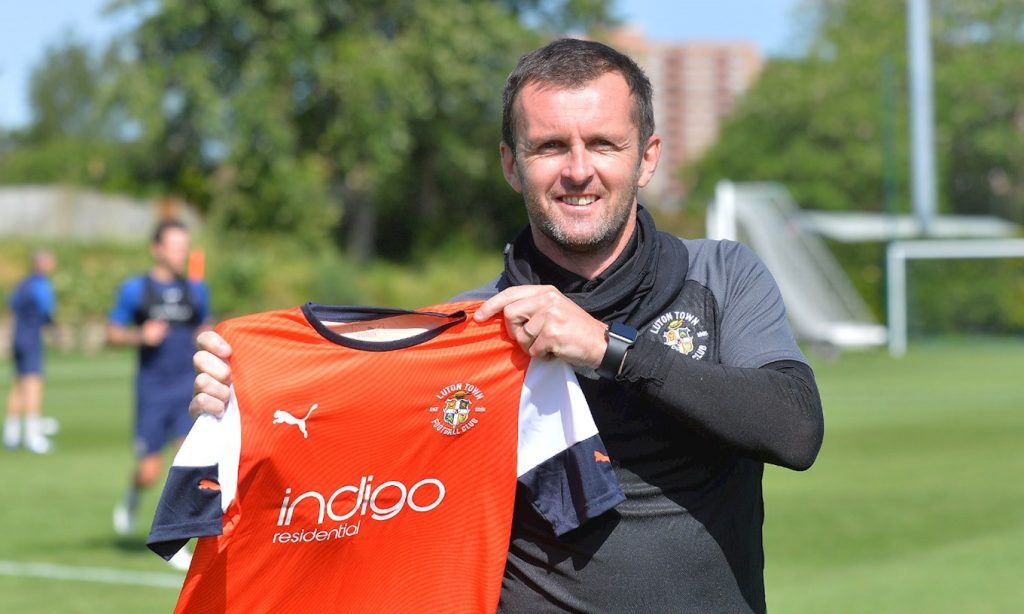 When Luton announced that Nathan Jones had returned to Luton at the end of last month many questions were raised as to why he would return based upon how he left the club in January of 2019.

Back in January 2019 he along with some of the coaching team at the Hatters left to take charge of Stoke City – a chance to manage a bigger club and push them on for a promotion challenge. However – that did not work out as a run of 6 wins in 38 games including a staggering 17 defeats in that period meant that back in November of that year he was sacked with the club near the relegation places.

His first manager job was with Luton taking charge of 170 games and winning 87 of them a win percentage of just over 50%.

His success was a result of a lot of hard work at Luton as they went on a fantastic run sealing promotion from League Two finishing second to champions Accrington Stanley and scoring 94 goals in the League and the following season he set them up for a consecutive promotion from League One to the Championship until he left in the January.

When Luton sacked Graham Jones (who took over in the Summer) it was a bit of a shock for the fans as the club were just putting a run of results together which included a 1-0 victory away at Middlesbrough and surprising home wins over Brentford, Derby and Sheffield Wednesday. A return for Nathan however was being reported by the media and he was the favourite with all the book makers to return so really it was inevitable.

Upon being revealed as the new manager of the club Jones speaking to BBC Three Counties Radio Jones said “I love the club and I wholeheartedly regret how those events came about because I could have handled that so much better.
“I had a fantastic relationship with the fans – I betrayed that. But I had to earn that, let’s not forget, because I wasn’t embraced immediately and that’s exactly what I intend to do again.” He apologised for the way he left the club which does show he is passionate about Luton and that he hopes to win the fans back again by keeping the club in the Championship.

If he can get the club playing to the levels they were playing at in his first spell in charge there is no doubt he can replicate the same sort of results he was getting before. Most of the squad loved playing for him as Sonny Bradley (Luton captain) speaking to the Stoke Sentinel said “I could see everyone’s faces, a few of the boys were surprised, big smiles on everyone’s faces and I think a few of the boys were really happy.

Nathan’s back in the building, he’s had two days with us and it’s been really positive”

Overall, this is a positive move for the football club and it’s one that I hope Luton will look back on with more success in the next few years.