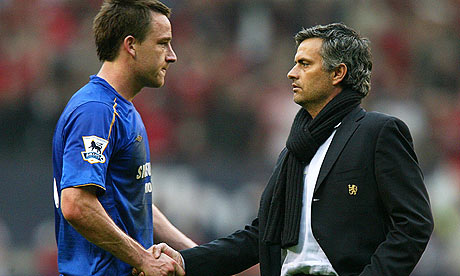 Chelsea defender John Terry has endured a difficult two years with the side. Club owner Roman Abramovich had previously made it clear the veteran centre-back was to be ousted from the starting line-up due to his advancing age, and a long-term replacement be found. 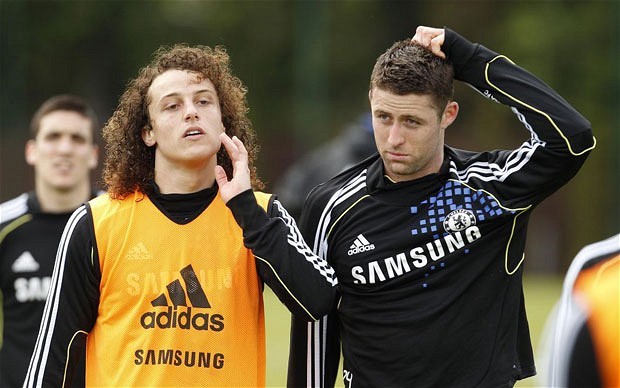 Ex-Benfica defender David Luiz left, 26, and ex-Bolton centre back Gary Cahill right, 27, were both signed by the Blues in 2011 and 2012 respectively. They had formed a formidable partnership in the games they’d played alongside each other, but were broken up with Luiz being deployed as a midfielder for the tail-end of last season.

John Terry faces stiff competition for a starting place next season. David Luiz, Branislav Ivanovic, and Gary Cahill were all ahead of the ex-England international in the pecking order last season, and the 32-year old will have to work extremely hard to claim his place back in the side.

Following Jose Mourinho’s return to the club 10 years after his departure, the future of David Luiz was in doubt.

This summer saw rumours emerge of a deal to sign Manchester United forward Wayne Rooney, potentially using David Luiz as part of the deal. While the rumours were eventually quashed, Luiz is still expected to undergo crunch talks with the manager to decide his future. His departure could mean Terry stands a better chance of forcing his way into the first team.

The long-serving defender was also given fresh hope as Mourinho announced Terry was to remain captain for next season, but did stress how nobody is promised a place in the side.

‘He’s not safe, and he knows he’s not safe. The only thing he knows is safe is our friendship, but professionally, nobody’s safe. I know he’s a very good player, but he must prove himself like everyone else.’

Last season, Terry spent extended time sidelined with a knee injury. Upon his return, he was still only deemed good enough for bench duty and made seven appearances in the side’s last 17 Premier League games.

He will be hoping he can replicate the previous success he enjoyed in Mourinho’s first spell at the club, but he faces stiff competition from his teammates for a starting place.