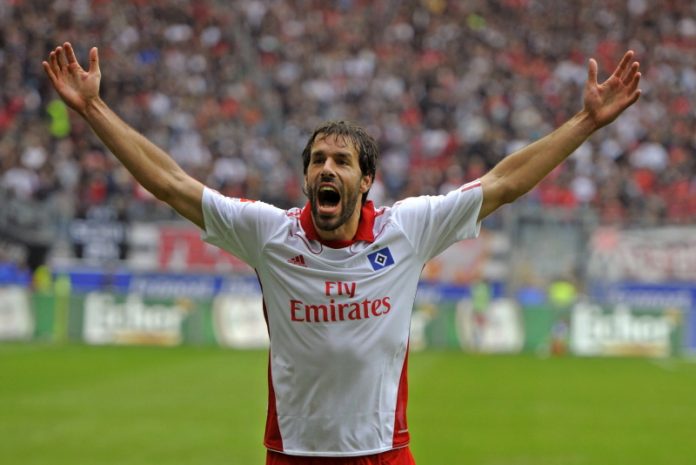 Before the international break Kaiserslautern gave a massive boost to everyone hoping for a more competitive Bundesliga this season with their 2-0 win over Bayern Munich – two goals in two minutes sent most the near 50,000 crowd in the Fritz Walter Stadion and plenty of non-Bayern fans in Germany and around the world into raptures as the Red Devils beat ‘FC Hollywood’ for the first time in the league since 1999.

The bookies reacted to poor starts by Bayern Munich, Schalke and Bayer Leverkusen by cutting Hamburg’s price to win the title and it wouldn’t be a big surprise if HSV topped the table after this weekend’s games. Ruud van Nistelrooy is joint top scorer and Nuremburg’s recent record at HSV is awful (a win and a draw in the last ten league visits) – but before you grab your wallet it’s worth remembering that Hamburg last won the title in 1983 and have finished outside the top three in nine of the last ten seasons. However, that lack of success has got to come to an end at some point; if the indifferent form of their immediate rivals continues, the only founder member of the Bundesliga that has never been relegated from might be able to return to glory.

Kaiserslautern’s win – combined with results elsewhere – means that after two games there are already only six undefeated teams in the Bundesliga; surprisingly none of the pre-season contenders are in that group. Although only two league games have been played in Germany, the slightly odd look to the current table might also be explained by the fact that ten of the 18 games this season have finished in away wins.

Five of the six unbeaten sides are at home this weekend and the only game to feature two of them is between Mainz and Kaiserslautern on Sunday afternoon. Mainz owe their good start to a remarkable second half performance in their last game at Wolfsburg. After 45 minutes Thomas Tuchel’s side were staring defeat in the face; having trailed by 1-3 at the Volkswagen Arena, the ‘Nullfünfer’ scored twice in 13 minutes at the start of the second half before Hungarian international Adam Szalai scored the winner with four minutes left.

Week 3 kicks off on Friday night when Schalke travel to current leaders Hoffenheim. Schalke literally cannot afford to continue their poor start to the season: having invested in Dutch striker Klaas-Jan Huntelaar, Spanish midfielder Jose Manuel Jurado and French defender Nicolas Plestanbefore the transfer deadline, they will be looking for an immediate return on their investment. However, Schalke may have to settle for a point: the last two meetings between these two at the Rhein-Neckar Arena have ended in draws.

Two of the three German clubs in this season’s Champions League play each other in the late Saturday game and both Bayern and Werder Bremen will be looking to pick up points. However, anyone expecting an easy win for the defending champions may have to think again, as Werder’s recent record at the Allianz Arena is impressive – Bayern haven’t beaten them at home in the league for nearly five years. Both clubs were involved in transfer deadline activity: ex-Manchester United and Arsenal defender Mikael Silvestre will probably make his debut for Werder but Bayern striker Mario Gomez will be staying at the club after a loan deal with Liverpool was rejected. Possibly more significantly, Real Madrid manager Jose Mourinho made it abundantly clear that Bastian Schweinsteiger is on his short list; Bayern countered almost immediately by saying that ‘Schweini’ wasn’t for sale – so watch this space as these statements sound very similar to the start of the Cristiano Ronaldo saga.

At the foot of the table, Köln’s two defeats have sparked rumours about the future of their Croatian coach Zvonimir Soldo – the Billygoats host St. Pauli on Sunday and although the game was described as ‘incredibly important, but not a final’ by club President and former German international Wolfgang Overath, Köln have tough looking consecutive away games at Bayern Munich and Mainz coming up.

Tip of the week: having got off to a good start, I was going to pick Hamburg to beat Nurnberg but that looks a bit obvious and may not have enough value (although van Nistelrooy to score first at 4/1 with Bet365 may be worth a look), so I’m going to chose Borussia Mönchengladbach to beat Eintracht Frankfurt, which should be available at around 11/10 but may drift to evens before Saturday.