Every Bundesliga team has been jointly liable to run a youth academy since 2002, moreover, it is one of the eligibility criterias to obtain the club license. The annual operation is supervised by the DFB itself. Last year, an astonishing ~ â‚¬70 million was invested in the new generations. Not in vain.

Even though young talents from Germany do not get hyped around Europe, they are clearly out there and it is naive to think that Bundesliga is lacking in funds. Here are 10 young Bundesliga players who may well be the stars of tomorrow:

At the age of twenty-two, it is unusual to be a regular starter in any league, but Neuer just couldn’t care less. He was one of only three Bundesliga players to play every single minute in the 2007—08 season. 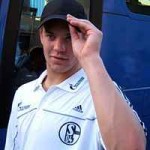 His most memorable performance was against FC Porto in the Champions League when he kept Schalke in the game all night long, saving not only two penalties, but also Slomka’s ass at the end — at least for a while.

Even though he has a feeling for mishaps (being a goalie after all), he definitely seems to be a long term solution in Gelsenkirchen.

Having said that, Neuer is currently being socialised at Schalke and his idol has always been Jens Lehmann. A living proof that there is no such thing as multiple disadvantages.

Rensing joined FC Bayern in 2000 from TuS Lingen, and went on to develop his talent in the club’s youth sides — behind now legendary Oli Kahn, may he enjoy his pension years.

Being so, Rensing has since become the first choice at Bayern. Heavy burden. However, nobody was surprised to see him coming around. His obvious talent, determination and solid performance made Herr Hoeness grant him the opportunity to prove himself worthy. No wonder, Bayern have never lost a Bundesliga match with Rensing in goal to this day. If he finds the strength to control the area, a new Munich icon is about to arise.

René Adler emerged as one of the new stars of the league during the 2007/08 season. It was his first full Bundesliga campaign with Bayer Leverkusen – enough to keep Timo Hildebrand out of the EURO 2008 squad, mainly due to his astonishing reflex saves. Beyond his outstanding skills, he also contributes a lot to the team, plays with passion (obsession, if you like) and already pulled some tricks like Kahn used to do. I believe he is going to be captain of Leverkusen soon — as it had always been the case before he stormed into the first team.

Adler arrived from VfB Leipzig in 2000 and lived at the home of former Leverkusen goalkeeper and 1988 UEFA Cup winner Rüdiger Vollborn for four years after joining the club, which may also have positive side effects. We are in Leverkusen, after all.

Adler was awarded Best Bundesliga Goalkeeper 2008. Without a shadow of doubt he is.

Even though German football is often generalized by discipline and will-power, without the likes of Netzer, Thomas HÃ¤ÃŸler, Möller or Effenberg they wouldn’t have much to brag about. I am not saying that Nationalelf lack the kind as of today (well, as a matter of fact I am), but it seems to be a good idea to integrate the next up-and-coming young midfield generation in the national team before 2012.

Probably the biggest talent in Bundesliga over all. He was awarded the Golden Ball as the tournament’s best player and also won the bronze shoe after scoring five goals in the 2007 FIFA U-17 World Cup. He plays for Bayern Munich — where else, wearing number 39. What makes it interesting is the fact that Uli Honess claimed recently that shirt 10 is being saved for him until gains more experience.

At a Bayern suffering from heavy Ribéry addiction, he seems to be an excellent choice to play in the center. His moves and passes across the middle of the park show not only German efficiency, but also the true touchstone of an inspired mind. He is a 1 in 100 player with a complete game.

General Hitzfeld — a massive clean-sheet fetishist — didn’t really cut him slack last season; however, he is expected to play a more significant role in the new era. At least by me. Otherwise, I will have to say Klinsi got torn between his principles and the desire to live up to the management. 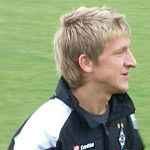 Probably the biggest talent in Bundesliga over all. Er… sorry, wrong speech.

Marin is a German winger with Bosnian heritage, more importantly with excellent technical skills, pace and a wagon-load of creativity — the Belgians can surly back me up on this one (literally a close watch it was). He comes from the youth system of Mönchengladbach ~ the Ajax of Germany, and already established himself as a starter.

Even though he is considered as a winger on the first place, he has good field vision and can contribute a lot to the flow of the game — just like his idol Dejan Savicevic could. Yes, a little bit inconsistent, but it is almost a requirement at such young age, especially for instinctive players like him. Yet another season or two, and he will be able to decide when to dribble, when to pass and bang, there is your Littbarski. Playing in an ardent team like Borussia may also help him to bulk up a bit.

I can’t help but add two more names here: Deniz Naki and especially Marcel Risse. I have seen them throughout the U19 European Championship this year (won by Germany) and was impressed right away. Naki is a both-footed offensive midfielder/second attacker with remarkable individual skills — the guy wiggles through defence like a drunk snake, you may never know what comes next.

Risse is a different story. A prodigious talent, an instant get — if you ask me. He is only 18; however, the maturity he plays with amazed me most. Fast, powerful, focused, sharp and equipped with live ammunition – not afraid to use it. Of course, Real Madrid have already approached him but were rebuffed. What to say — a wiser decision than firing Skibbe. Talking about Leverkusen….

A striker of no pretension – a morsel of cross, a stray ball is enough for him to get by if midfield service is not available. Helmes is a clinical finisher, who can actually dribble and has decent ball control — the kind of player Miro Klose used to be before changing to the dark side.

Helmes is a Cologne local hero, ex-captain of the team and had an enormous role in finally getting back to business, namely, to Bundesliga 1. Funny thing, he would have made it anyway since Leverkusen have been keen to sign him for years.

He was included in Löw’s provisional Euro 2008 squad but was eventually left out like the above mentioned Marko Marin.

The king has died, long live the king. In other words, Ã–zil has played in the place of suspended Lincoln for the first time at Schalke in Bundesliga.

Ã–zil, a recent call up for the German U21 team, is a playmaker/attacking midfielder. I am not quite sure he is as talented as the guys already mentioned but there is definitely something about him.

Take his transfer for Bremen, for instance. He was offered three different contracts by S04 — only to deem all of them unacceptable without even having a look. You can’t miss his lawless aptitude on the pitch either. In one moment he stands splurgely with arms akimbo than pulls off a winner. Besides, he plays with a bit of pride and a touch of arrogance. But what do you know; Toni Schumacher started his career as a backroom boy….

Over the last decade, Bundesliga has become a showcase for young South American talents in addition to the ever-present German ones — it does not apply to Hertha, they believe in mediocrity. But it is just not the case with Bayern and HSV. Even though Martin Jol has some German connections, he must have the Bundesliga confused with the Premier League, and HSV ended up as the biggest spender this year. However, he seems to be a man with a plan. 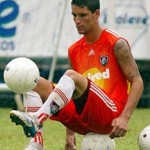 A Brazil international who made himself known to the world when accomplished a hat-trick in the 2008 Copa Libertadores final. Neves, an excellent player for the position of a No.10, is seen as an adequate replacement for the outgoing Rafael van der Vaart. He has accurate passing skills and samba-feet, but not shy to shoot ground-air rockets from downtown either.

Upon his arrival, it also should be noted that he chose the Bundesliga deliberately over EPL (Man. City) and La Liga (Atletico M.). Considering that Giovane Elber is still the highest scoring foreign player in Bundesliga history netting 133 goals — his task is given. 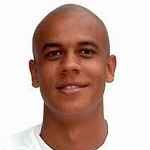 “Alex Silva is a great central defender, whose particular strength is his dynamism. He’s a young player, but one with a lot of experience in the Brazilian top flight and the Copa Libertadores. He will lend even greater stability to our defence” – says HSV sporting director Dietmar Beiersdorfer, and who am I to doubt it? He has an other good reference, being the younger brother of Benfica central defender Luisao.

Both Silva’s and Thiago Neves’ most recent achievement was a bronze medal with Brazil at the Olympic football tournament in Beijing. The next may be the reload of the grand HSV of the early ’80s.

No list of young talents can be complete without drawing a comparison with Maradona, or at least proclaiming someone a prodigy. I will respectfully skip the first proviso and also shift the responsibility of labeling Levan Kenia a prodigy to Klaus Toppmöller, former coach of Georgia.

Already capped six times by Georgia (as the youngest player ever), he has attracted interest from a number of clubs and finally Schalke general manager Andreas Müller was delighted to have lured him to Gelsenkirchen. Until turning 18 Levan will only have the permission to play with the youth side and is expected to join the first squad next season.

Levan is a great talent, technically perfect and has great vision. To be honest, he comes with a little flaw, but seriously who couldn’t cite absolutely left-footed geniuses by the dozen?

He is exactly what Schalke need since Ivan Rakitic, with due respect, will never be more than an overrated, spoilt talent always ready for a beer.

The Bundesliga is definitely on the up. It might be wisdom or simply the result of tight budgets in some cases but German football has re-discovered the beauty of bringing young talents on board. No doubt, the new young and wild generation is ready for the kick take off.