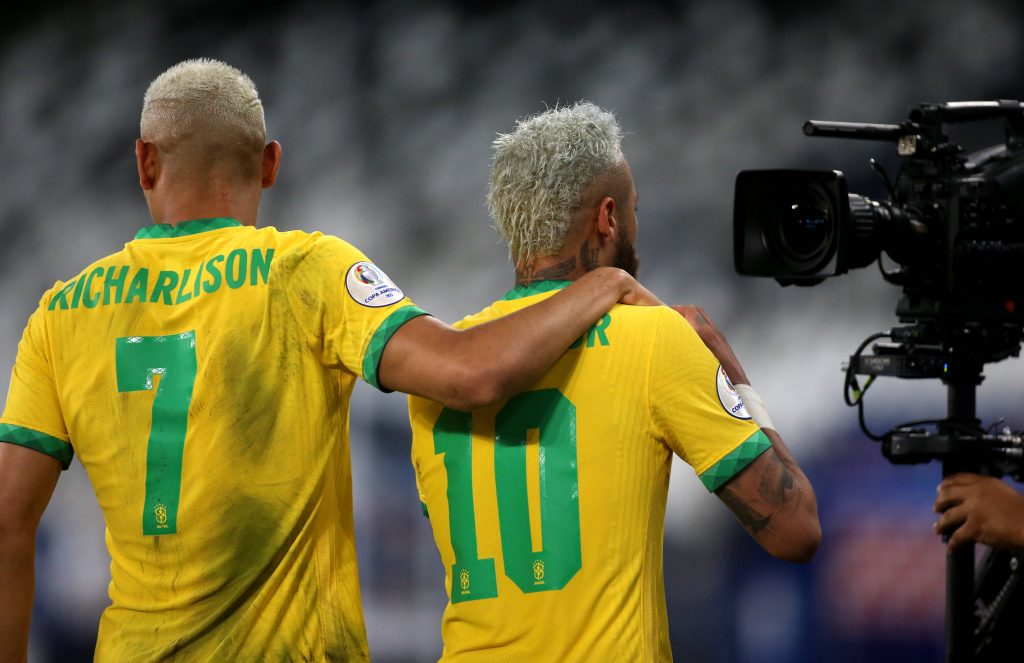 Brazil and Ecuador will trade tackles at the Estadio Olimpico Pedro Ludovico on Sunday in the final round of the Copa America 2021 Group B fixtures.

The Brazilians have already nailed down the top place in Group B as they continue to build momentum ahead of the knock-out stages.

Meanwhile, the Ecuadorians could miss out on the tournament’s quarter-finals for the second time in a row if they fail to secure a positive result here.

Brazil staged a stunning second-half comeback to beat Colombia 2-1 last time out and maintain their perfect start to Copa America 2021.

Even though they have already sealed a top place in Group B, the Selecao won’t be lacking motivation against Ecuador as they look to conclude a group stage at Copa America with a 100% record.

Brazil’s attacking set-up usually sparks into life after the hour mark, as witnessed by the fact they have scored 2+ goals beyond the 60th minute in each of their last three outings.

The Brazilians have netted a tournament-high nine goals so far, with Paris Saint-Germain forward Neymar having a hand in 44.44% of them.

Despite playing just one full half at the tournament, Liverpool striker Roberto Firmino got off the mark to level the score against Colombia on Matchday 3.

His Everton counterpart Richarlison has handed plenty of action by Tite this summer, repaying the coach’s faith with a goal and an assist.

Chelsea defender Thiago Silva has been part of Brazil’s rock-solid defence that has kept nine consecutive second-half clean sheets heading into this fixture.

Ecuador face the risk of failing to progress from a group stage of Copa America for the second tournament running following a slow start to Group B.

After losing 1-0 to Colombia in their Copa America 2021 opener, the Ecuadorians have played out back-to-back 2-2 draws with Venezuela and Peru.

La Tri will be kicking themselves for dropping points in the last two rounds, knowing they were in front at half-time on both occasions.

Gustavo Alfaro’s men have conceded precisely two second-half goals against Venezuela and Peru, with three of them coming inside the first ten minutes of the second half.

However, Ecuador will make the cut for the quarter-finals as long as they manage to better Venezuela’s result against Peru in Brasilia.

Alfaro will rely on in-form striker Ayrton Preciado to carry his team forward as star player Enner Valencia continues to struggle for form.

Preciado has scored two of Ecuador’s four goals at Copa America 2021, getting on the scoresheet against Peru last time out.

The Ecuadorians will have to shore up their defensive leaks if they are to stand a chance against a rampant Brazil side, as they have failed to keep a clean sheet in their last 11 internationals.

Each of the last four Copa America meetings between Brazil and Ecuador has seen the teams level at the interval, with three of those match-ups yielding a goalless half-time.

However, the Brazilians will be confident of coming out on top, considering they have not lost any of their 14 matches against this opposition at the continental tournament (W12, D2).

Additionally, Tite’s men have shut Ecuador out in each of their last five encounters, friendlies included.