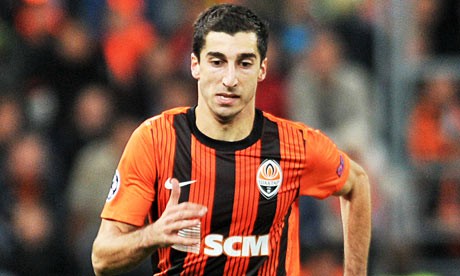 In just a few seasons, former academy player Mario Götze developed into a prodigious world-class talent. He made his German international debut at the age of 19 and was described in glowing terms by Matthias Sammer, then technical director at the German FA (and currently director at Bayern Munich), as:

“One of the best talents that we’ve ever had. He’s an exceptional player, has good speed, is extremely creative, and has outstanding technical skills.”

One of the secrets of Borussia Dortmund’s impressive record of success over the past few seasons has been manager Jürgen Klopp’s ability to identify and nurture young talent like Götze. Klopp’s philosophy of full-throttle gegenpressing football – pressing the opposition high upfield coupled with extremely quick transitions – requires players to have super-fast thought and movement.

Dortmund work hard to develop players’ technique and reaction speed and have even gone so far as introducing cutting edge ‘Footbonaut‘ technology to assist this process.

For many observers, Dortmund’s play last season hit new heights of excellence. Klopp’s astute purchase of Götze’s fellow German international Marco Reus to play alongside him helped to produce some of the most sublime moments of football in the Bundesliga and the UEFA Champions League.

Reus’s dynamism, movement and speed of thought enabled play-maker Götze to express his creative brilliance. The pair were responsible for creating the vast majority of Borussia Dortmund’s goal scoring chances last season. Their chemistry and intuitive link-up play was such that they became known as “Götzeus.”

“At Barcelona Lionel Messi, Andres Iniesta and Xavi are building a triangle, but as a classic duo there is nobody better than the prolific Reus and Götze.”

This summer, Dortmund have so far spent Götze’s €37 million transfer fee plus €7 million more on three key signings, the biggest of which is highly-rated midfielder Henrikh Mkhitaryan from Shakhtar Donetsk for €24 million.

These quality signings have helped to assuage Borussia Dortmund fans fears about the impact Götze’s departure could have. But, realistically, based on Bayern Munich’s re-emergence last season, the coming season could witness many Bundesliga teams, Dortmund included, being over-powered by a Pep Guardiola-driven, and Götze-galvanised, Bayern side.

However, Dortmund appear to have bought well. The 24-year old Armenian international Mkhitaryan comes with a big reputation. He excelled at Shakhtar who, like Borussia Dortmund, play fast, open, attractive football. And, like Götze, he is a quick-thinking, creative player with the flexibility to operate effectively in various midfield and attacking roles.

What makes Mkhitaryan a potentially great player for Dortmund is his lethal goal scoring, having netted a hugely impressive 25 times in 28 league games for Shakhtar last season. This quality alone that has led many to speculate that his transfer could be the best piece of business done anywhere this summer.

Mkhitaryan gives Jurgen Klopp a number of options. He can be deployed in the ‘hole’ behind the main striker but his versatility means he can operate as a box-to-box midfielder or as a defensive midfield pivot for, under Shakhtar manager Mircea Lucescu, Mkhitaryan’s defensive abilties improved significantly.

Similar to Götze, as a midfield playmaker, Mkhitaryan has great vision and passing. His ability to capitalise on the intelligent movement of other players augers well for a possible partnership with Reus at Dortmund.

During next season will we be waxing lyrical about the development of a telepathic understanding between Mkhitaryan and Reus that came to be referred to as “Mkhreus?” Or will Götze’s ghost haunt Dortmund as his star continues its ascendancy into the footballing stratosphere?