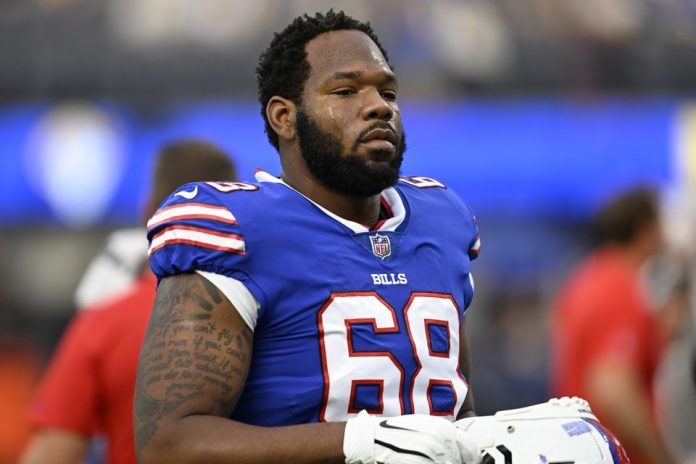 Buffalo Bills Offensive linesman Bobby Hart has been suspended for one game without pay for his unsportsmanlike conduct following Monday night’s game.

Despite the Bills’ emphatic win against the Tennessee Titans on Monday, there was one sour note for the Buffalo side, as OL Hart was handed a one match ban without pay for violent conduct.

The 28-year old threw a punch at one of his opposition players however missed, with his blow landing on the head of a Tennessee coach.

NFL’s announcement on the one-game suspension for Bobby Hart. pic.twitter.com/P4Anl4pzum

Per the NFL statement, Hart violated Rule 12, Section 3, Article 1, which applies to “any act which is contrary to the generally understood principles of sportsmanship including throwing a punch at an opponent.”

Also included in the NFL’s statement was a letter sent to Hart from NFL Vice Price of Football Operations Jon Runyan:

“As both teams were heading to the tunnel, you walked directly across the field to seek out your opponent. You approached him near the end zone and a coach had to hold you back as others shook hands. Once you and your opponent were in the end zone near the tunnel, you confronted him and immediately swung at him with a closed fist, striking the head of a Tennessee coach. Your aggressive conduct could have caused serious injury and clearly does not reflect the high standards of sportsmanship expected of a professional.”

In Monday’s game which the Bills won 41-7, Hart played 24 snaps and was a crucial player for the Bills, he is now set to miss the Bills heavily anticipated game with the Miami Dolphins next week, a big price to pay for such an impulse decision on Monday.