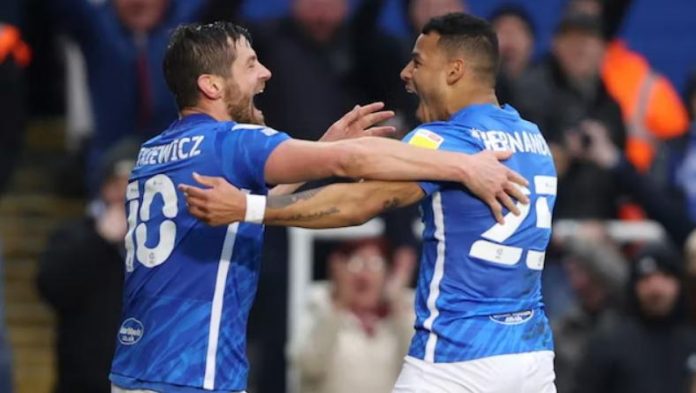 On Tuesday, Peterborough United travels to the St Andrew’s Trillion Trophy Stadium to face Birmingham City in an attempt to climb out of the relegation zone.

If you’re willing to watch Birmingham vs Peterborough, bet365 has got you covered.

If you are a new user, you can register an account with bet365 and watch the Birmingham vs Peterborough live stream. To watch the live stream, you must have either a funded account or have placed a bet within the past 24 hours prior to the event.

Birmingham ended a six-game losing streak in the Championship on Saturday afternoon, defeating Barnsley 2-1 in front of their home fans at St Andrew’s.

Birmingham City is only five points below Sheffield United in 11th position, but they have played 27 league games this season, while other teams ahead of them have games in hand.

Peterborough, meanwhile, will be coming off a 3-0 setback at West Bromwich Albion on Saturday, making it three straight defeats in English football’s second division.

Peterborough, who finished second in League One last season, has only 19 points from 25 league games this season, putting them in 22nd place in the standings.

When does Birmingham vs Peterborough kick-off?

The Birmingham vs Peterborough will kick off at 00:45 on 26th January 2022 at St Andrew’s Trillion Trophy Stadium.

Birmingham will be without the services of Ivan Sanchez, Troy Deeney, Jordan Graham, and Taylor Richards.