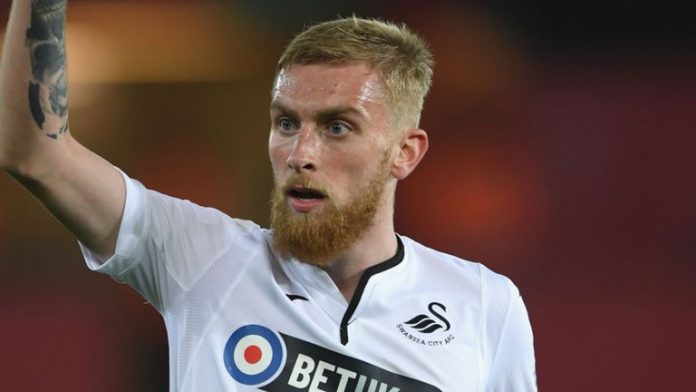 Swansea City visit Leeds United in the Championship on Wednesday aiming to boost their hopes of qualifying for the play-offs.

The Swans head into the game 11th in the table, six points adrift of the top six with 15 games remaining this season.

The clash at Elland Road is the first of two important fixtures in five days for the Welsh club, with an FA Cup fifth round tie at home to Brentford to follow on Sunday.

Read on as we look at the week ahead for Swansea and don’t miss an opportunity to win tickets for Sunday’s FA Cup tie against the Bees.

Swansea’s 1-0 victory over Millwall on Saturday was a positive end to a turbulent week off the field in which chairman Huw Jenkins resigned.

The club had endured a volatile week, with tensions at boardroom level coming to a head with Jenkins’ departure after 17 years as chairman.

The club’s American owners have come in for plenty of criticism from Swansea fans, particularly over their dealings in the transfer market.

Despite their off-field troubles, Swansea remain on the fringes of the race to secure a top six finish this term.

Wednesday’s game at Leeds won’t be easy, with the home side currently second in the table and looking a good bet to clinch automatic promotion.

However, Swansea have lost just one of their last four league meetings with Leeds and they are capable of securing a positive result.

Cup progress on the cards

Swansea face Brentford in the fifth round of the FA Cup on Sunday knowing they are just a couple of games away from booking a trip to Wembley.

Graham Potter’s side are looking to reach the quarter-finals of the competition for the second season in succession and they will fancy their chances of progressing.

Brentford have won just one of their last 16 away matches and their recent record against Swansea suggests they could have their work cut out this weekend.

The Swans are unbeaten in their last seven meetings with Brentford in all competitions, winning the last five.

That run of results includes an impressive 3-2 league victory at Griffin Park earlier this season. Wayne Routledge, a Chris Mepham own goal and Leroy Fer put the visitors three up in a dream first-half that left the Bees reeling.

Goals after the break by Ollie Watkins and Said Benrahma gave the hosts hope, but Swansea held on to secure the points.