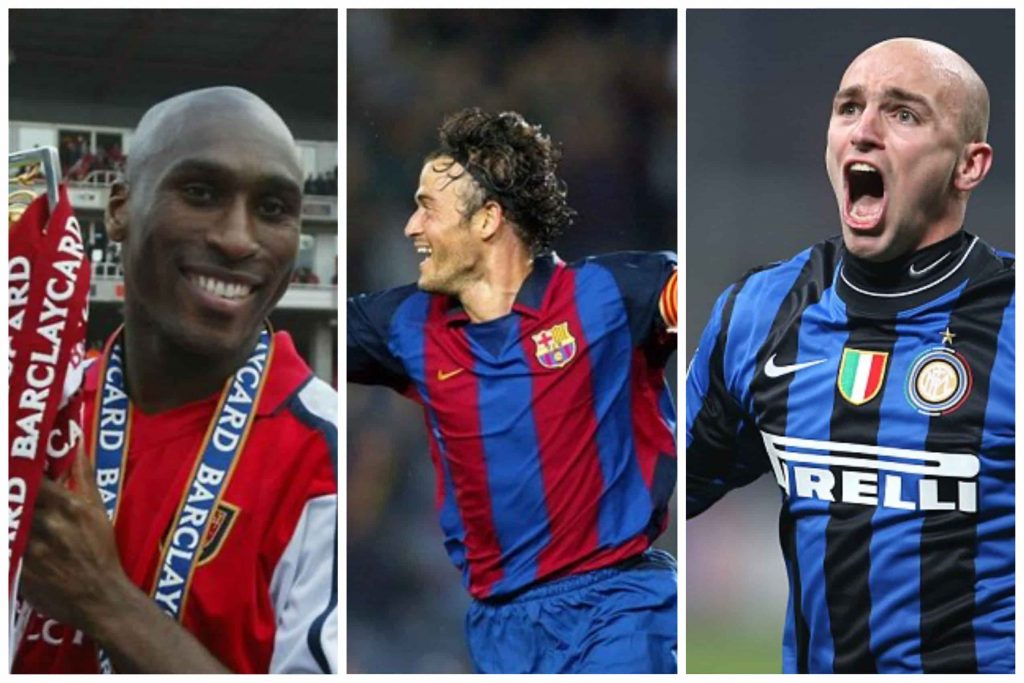 With Paul Pogba retuning to Juventus on a free transfer this week, it has got us thinking here at SportsLens – Who are the best free transfers of all time? We are sure many of our readers would have the Juventus man in their top 10’s, but read on to find out why we haven’t.

We have been thinking long and hard when compiling our list, and while it was difficult to whittle it down to just 10 names, we think we have put together a comprehensive free transfer ranking based on both player performance as well as the ability to purchase on a free at that time.

Kicking things off we have Michael Ballack’s move to Chelsea. Back in 2006, this transfer caught the eye of fans around the world as a whole host of potential suitors missed out.

Hailed as one of the finest holding midfielders ever to grace the game, the Germany captain at the time was about to lead his country to a third-placed finish as his nation hosted the World Cup.

While slightly misunderstood throughout his career, he was loved and lauded, but also received lukewarmly as his roles at clubs such as Bayern Munich and Chelsea were not fully appreciated until years after.

Next we have Joel Matip who sneaks into the top 10.

In what has tuned out to be a shrewd acquisition from Jurgen Klopp, the Cameroonian swapped Germany for England in the 2016/17 season and has since become a key component of the Red’s success.

A Premier League, Champions League and two domestic cups are testament to his role alongside Virgil Van Dijk at centre-back, and while the arrival of Ibrahim Konate has seen his playing time lessen this season, the Liverpool faithful will hail him as a legend of the Kop.

Another one of football’s great holding midfielders, Estaban Cambiasso made the switch from Real Madrid to Inter Milan in 2004.

After a relatively quiet playing career at the Bernabeu, the Argentine found a whole host of success at the San Siro winning five Scudetti as well as a memorable Champions League win during the 2009-10 season.

He spent an incredible 10 years with Inter before moving on to Leicester in 2014, but as free transfers go, this is certainly deserving a top 10 place.

While we are still yet to witness the very best of Lionel Messi in Paris thus far, there is no denying that bringing in arguably the greatest footballer of all time on a free transfer is a mind-blowing feat.

After being forced out of his beloved Barcelona last summer due to the club’s economic problems, PSG were the only suitors in world football who had the means to accommodate his wages.

While 11 goals and 15 assists would be hailed as good season for most, we are expecting the 35-year-old to settle into life in the French capital a little more next season having uprooted his entire life at the last minute in 2021.

One of the more infamous transfers on this list, Luis Enrique became one of the handful of players to play for both Real Madrid and Barcelona when the Blaugrana signed him for free in 1996.

He managed to avoid any Luis Figo-type pig head abuse and went on to enjoy a fruitful career spearheading the attack at Barcelona, scoring 73 goals in 207 games as well as going on the captain his side.

His legendary status also earned him the manager’s position some years later, where he of course won a historic treble in 2015 headed up by Lionel Messi, Luis Suarez and Neymar.

Sneaking into the top five we have James Milner, who’s career really took off after making the free transfer to Anfield in 2015.

Signed predominantly as a utility player, the now-36-year-old has been at the forefront of Jurgen Klopp’s ideals, embodying the tenacious, high-pressing game that has led to so much success for Liverpool over recent years.

It is safe to say no football fan would have thought this transfer would amount to much, but Milner has emerged as one of the most unlikely heroes among one of the best teams in the world.

Almost certainly one of the best pieces of business United have conducted in recent years, Zlatan Ibrahimovic’s move to Old Trafford turned out to be a huge success.

After becoming PSG’s all-time record goalscorer with an incredible 113 goals in 122 games for the Parisians, the enigmatic Swede was snapped up on a free by United.

Before an unfortunate ACL injury pulled the curtains down on his time in Manchester, he took the Premier League by storm scoring 17 in the league and 28 goals in his debut season, as they clinched a League Cup and the Europa League.

Sol Campbell made the unthinkable switch across the to the red side of north London, sending the Tottenham faithful into a frenzy in an incredible display of sh*thousery.

The imposing central defender went on to prove his transfer a success, joining the Gunners just as they went on a silverware-hungry rampage. He was an integral part of Arsenal’s invincible side, while also winning a further Premier League title and three FA Cups.

Not bad for a free transfer.

Just missing out on the top spot we have Andrea Pirlo’s move to Juventus after AC Milan deemed the midfield maestro surplus to requirements.

Now on the other side of 30, Pirlo proved it is never too late to launch a career renaissance as the fleet-footed Italian rolled back with the years during his time in Turin. Consistently putting in world-class performances, he won four consecutive Scudettos during the four years he spent there until his departure in 2015, while his former club AC Milan fell into the shadows – perhaps something to do with letting him leave?

As most of the top players in Germany eventually do, Robert Lewandowski made the switch to Bayern Munich from title rivals Dortmund in search of further success, and boy has he found it.

The Pole has established himself as one of, if not the best striker in world football in recent years, and over the course of his time at the Allianz has amassed a breathtaking 344 goals in 375 games – a truly astonishing record.

Alongside his goalscoring record, he has clinched eight consecutive Bundesliga titles, three DFB-Pokals and a Champions League. While his career at Bayern looks set to end this summer as a public dispute with the board turns sour, there is no doubt that acquiring the 33-year-old on a free has turned out to be one of the best transfers of all time.