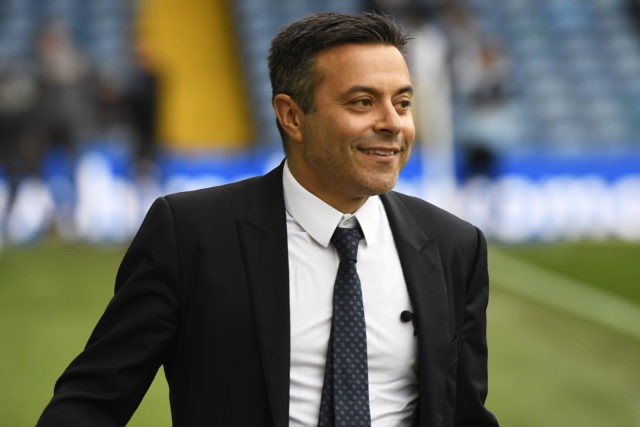 Qatar Sports Investments have been heavily linked with an interest in buying Leeds United since last year.

Leeds United owner Andrea Radrizzani shares a cordial relationship with QSI chairman Nasser Al-Khelaifi, and there are constant speculations that a deal could be on.

Despite the stuttering start since re-start, Leeds United sit at the top of the division and are huge favourites to seal top-flight promotion this season.

In a Q/A session with Leeds fans, Beren Cross, Leeds correspondent for Leeds Live, has shared the latest update on QSI’s interest in Leeds.

He claims that there has been ‘nothing’ since the start of lockdown. Although Radrizzani never tried to ignite the flames forcefully, he is open to investment.

Cross wrote: “There’s been nothing on QSI since the start of lockdown now. Radrizzani has spoken about his friendship with Nasser Al-Khelaifi in the past, but never tried to fan the flames too hard. His door has always remained open to investment, but where from is up in the air. Do not underestimate his relationship with the 49ers on future share deals.”

According to reports from The Athletic back in November, QSI believed that Radrizzani was demanding an excessive amount as asking price. The Leeds owner has set a valuation of over £100 million, but surely the Whites will be worth more if they end up in the Premier League.

Al-Khelaifi wants the purchase of shares to eventually lead to the acquisition of a majority stake. It remains to be seen what Radrizzani does once Leeds get into the Premier League.

Back in May reports emerged that the PSG chief is hopeful that the £120 million deal will be finalized before the beginning of next season, while Leeds chairman Andrea Radrizzani has admitted that a deal could be struck.