Benitez can kick Torres into life 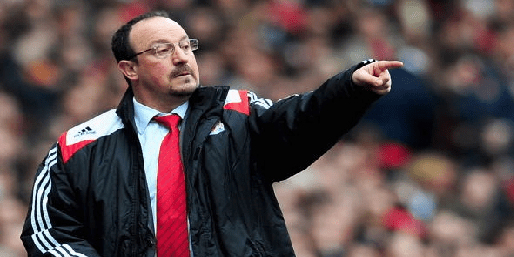 Rafael Benitez has been appointed Chelsea boss until the end of the season, hate it or love it Chelsea fans but he’s in and he’s in to stay.

The biggest immediate change that Benitez can make with Chelsea is how he will interact with under performing striker Fernando Torres. Benitez was the manager who originally brought Torres over to England from Spain before Liverpool later sold him on for £50 million.

The reason why the pair got on so well is because it seems that Benitez understood, and still understands, Torres better than any other manager he has played under. His simple arrival at Chelsea means that Torres may have already jumped the gun with a little bit of positive thinking because he knows Benitez will get the best out of Chelsea in terms of making it easier for Torres to score goals.

Benitez has moved quickly to suggest that Torres may never re-find the blinding form that he once showed in a Liverpool shirt which instantly takes that pressure away from Torres to be the player that he once was. It effectively creates a situation where Torres can now be anything he wants to be as a Chelsea striker.

The overlying problem with all of this is what happens if Torres scores the goals that wins Chelsea the league or they make it through to the knock out round of the Champions League and retain their title. The club have made it very clear that Benitez is only in n a temporary deal and it seems quite obvious that Chelsea’s Russian owner is lining up Pep Guardiola to come in as the manager in the summer.

It creates the problem of whether the club stick with the man that engineers them to the potential success or let him leave the club to bring someone in, in the hope that he will get the team playing the best football in the world but at Chelsea, anything can happen.