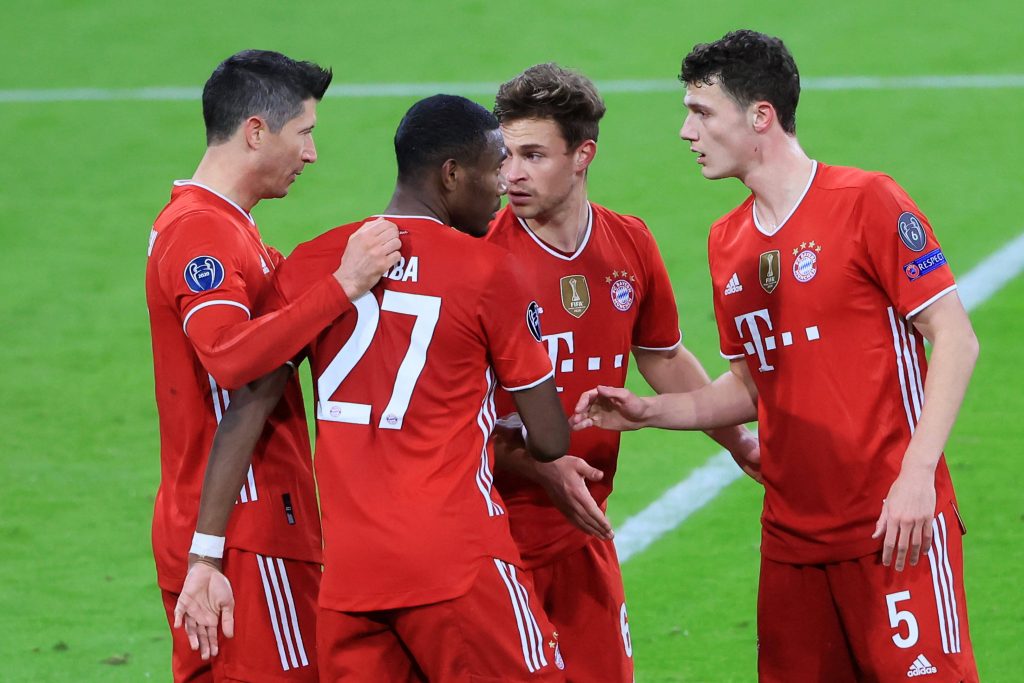 Bayern Munich will be looking to stretch their winning Bundesliga streak against Stuttgart to four straight games when the two sides meet on Saturday.

Fresh from securing a berth in the Champions League quarter-finals, the perennial German champions take on a team they have put at least three goals past in each of their previous three top-flight meetings.

Odds-on favourites to claim all three points, the hosts have only succumbed to one loss in their last 27 Bundesliga fixtures against newly-promoted sides at the Allianz Arena (W24, D2).

Bayern have racked up three consecutive Bundesliga wins by an aggregate score of 12-4, netting precisely two first-half goals on each occasion.

As expected, Allianz Arena has been a fortress this season, with the Bavarians coming into this matchday as one of just three sides yet to lose a top-flight game at home so far (GP:12 – W9, D3).

Having failed to shut out their opposition in their last nine home Bundesliga matches, Hansi Flick’s men are on the longest wait for a home clean sheet since 2008.

However, ruthless in the attacking third, the reigning title-holders have netted a staggering 74 goals after only 25 Bundesliga outings, an all-time joint-high at this stage of the campaign.

Notably, Bayern have scored 30 second-half goals at home this term, four more than Stuttgart (26) have managed in their 13 away Bundesliga games overall.

The visitors have gone undefeated in five Bundesliga matches in a row (W3, D2) since suffering a dismal 5-2 defeat at Bayer Leverkusen on Matchday 20.

Low scoring has been a common theme in their recent top-flight fixtures as four of the last five have featured under 2.5 goals at full-time.

Away from home, Pellegrino Matarazzo’s men have only won once in their previous five league games (D1, L3), conceding 2+ goals in each reverse in that sequence.

Stuttgart’s defensive frailties have seen them fail to keep a clean sheet in 84.62% of their away Bundesliga outings this season, though they’ve let in two or more goals in just four of their 13 such contests.

Their attacking set-up usually sparks into life after half-time, as witnessed by the fact they have notched up 65.38% of their total away league goals scored in the second half of play (17/26).