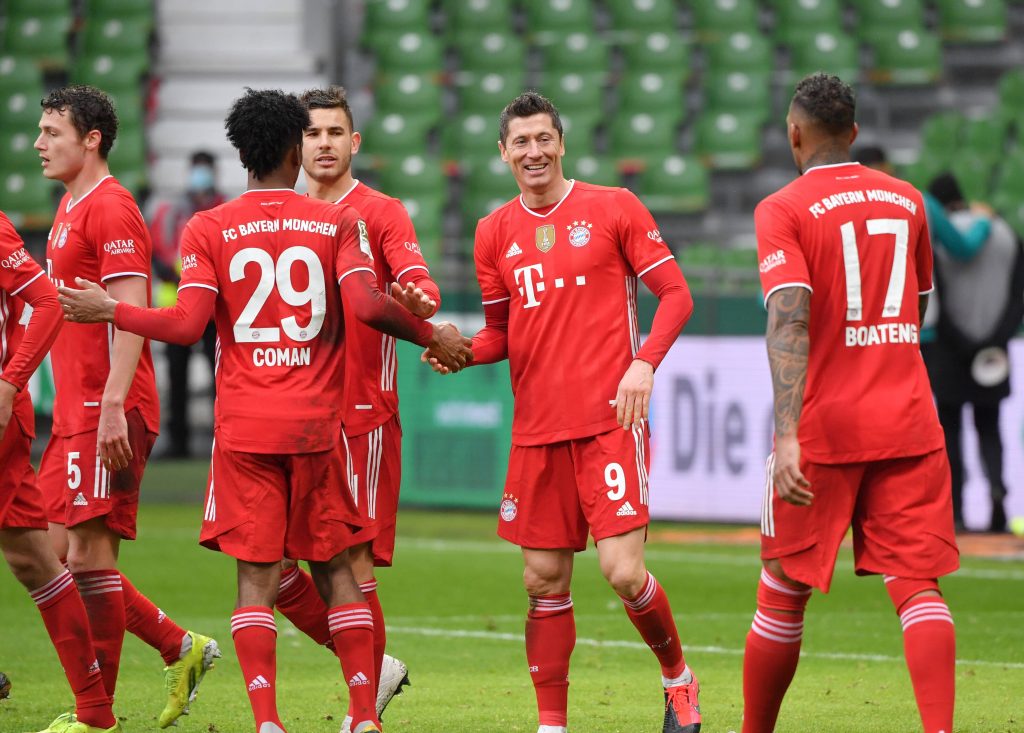 Bayern Munich will be looking to complete their mission in the Champions League when they lock horns with Lazio on Wednesday night.

The Bavarians utterly outperformed the Italian side in Rome, claiming a comfortable 4-1 triumph to put themselves in firm control of the tie ahead of the return leg.

Given both team’s continuous presence in major European competitions, it may come as some surprise that this is their first UEFA encounter in Munich.

Coming into proceedings as overwhelming favourites to advance to the quarter-finals, Bayern will be looking to maintain a 100% win record in home Champions League matches under Hansi Flick.

Since Flick replaced Niko Kovac in the dugout, the Bavarians have netted a staggering average of 3.46 goals per Champions League fixture, scoring 2+ goals in 13 of 15 games in the competition.

The reigning Bundesliga champions have won their last four home Champions League meetings with Italian visitors by an aggregate score of 11-4.

Remarkably, none of the last 21 teams taking on Bayern at the Allianz Arena for the first time in the Champions League have ended up on the winning side (W20, D1).

The hosts can also draw confidence from the fact that no club has ever managed to progress from a Champions League knock-out tie after losing the first leg at home by at least three goals.

Lazio go into this encounter having won just one of their last 15 away games in the Champions League (D5, L9), with each of their three road fixtures in the competition this season yielding the identical 1-1 scoreline.

Slow-starting Biancocelesti had to chase their hosts in two of their three away matches in the competition’s group stage this term.

Additionally, the abovementioned defeat also saw Simone Inzaghi’s men become the first team in the Champions League history to play out 12 successive games featuring both sides on the scoresheet.

The visitors have to score at least four times to at least stand a chance of qualifying for the quarter-finals, something they last managed to do in the Champions League in 1999.