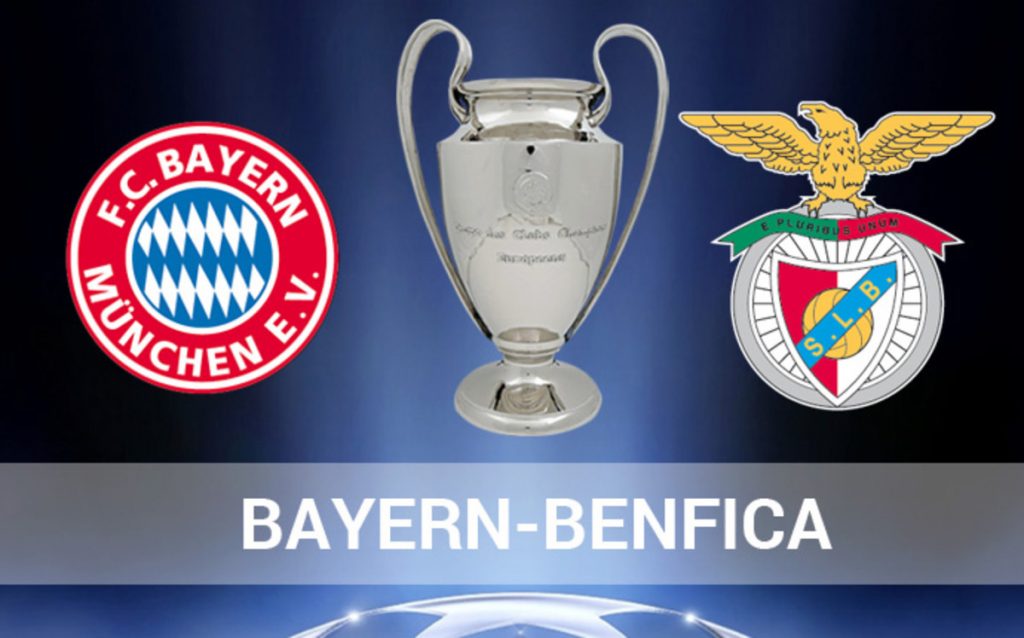 Bayern Munich manager Pep Guardiola will be desperate to win the Champions League in his last season and the Spaniard will be relatively happy with the Quarter final draw.

The German champions take on Benfica in the Champions League this week and Guardiola will be hoping for an easy passage on to the semi-finals of the competition.

Bayern survived a scare against Juventus to qualify for the Semifinals and will be extremely cautious about this potentially tricky tie against the Portuguese giants.

Although Benfica should be relatively easier to deal with for Pep Guardiola’s side, they are no pushovers and will look to translate their domestic form onto the Champions League scene.

Bayern have all but wrapped up the Bundesliga title and will now focus solely on winning the champions league.

Alongside Real Madrid and Barcelona, they are firm favourites to lift the trophy and will be desperate to avoid an upset here. The first leg is in the Allianz Arena and Bayern will want to seal the tie in front of their home fans.

Pep Guardiola will be without two key defenders in Jerome Boateng and Holger Badstuber.

Winger Arjen Robben and defender Mehdi Benatia are doubts for the Benfica tie and will be assessed closer to the kickoff.

Benfica will be delighted with the return of Jardel after serving his suspension.

But they will be without a few of their key players for the trip to Germany. Lisandro Lopez, Luisao, Nuno Santos and Julio Cesar are all sidelined.

Bayern are undefeated in their last 5 matches in the UEFA Champions League.

Bayern have scored at least 2 goals in 8 of their last 9 matches in the UEFA Champions League.

Benfica have lost just one of their last 22 matches in all competitions.