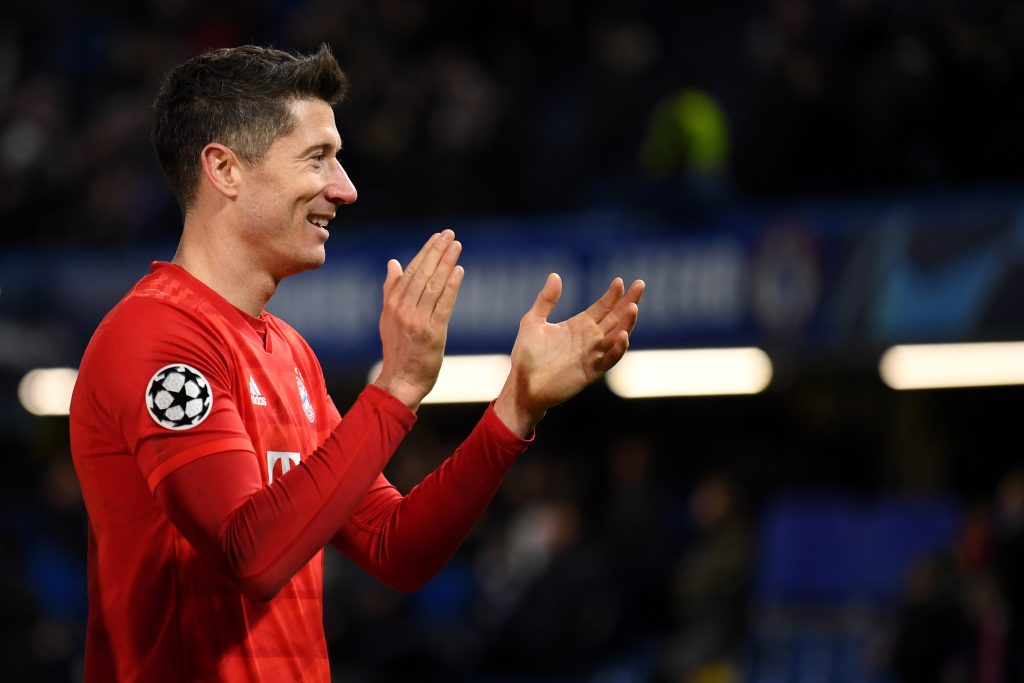 Bayern Munich have been dealt a huge injury blow ahead of the second-leg of their Champions League last-16 clash with Chelsea on March 18.

Breaking News: @FCBayern will miss @lewy_official for four weeks. The striker is injured at his knee

Polish striker Robert Lewandowski is out of action for four weeks after sustaining a knee injury during last night’s clash at Stamford Bridge.

The hitman bagged his side’s third and assisted the first and second goals in the 3-0 win over Chelsea, with Serge Gnabry scoring twice.

While Frank Lampard’s men have a huge task on their hands as they look to overturn such a huge margin at Allianz Arena in three weeks’ time, Lewandowski’s injury gives them a slim chance given how influential the Poland international is to Bayern’s attack.

The 31-year-old has 25 goals in 23 Bundesliga games to his name and 11 goals in six Champions League appearances this term, so it’s safe to say Bayern’s attack will be less-potent in his absence, and that could give Chelsea a little advantage.