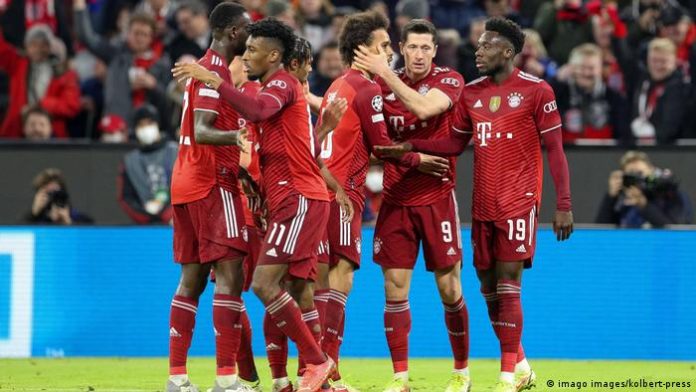 Bayern Munich takes on Villarreal in the second leg of the UEFA Champions League quarter-finals on Tuesday night and they will be desperate to overturn the deficit from the first leg and secure their place in the semifinals.

The German champions are 1-0 down from the first leg and they have the quality to turn things around and pick up a win here.

Victory over Villarreal would be Bayern's 159th in the Champions League, which would see them move above FC Barcelona and alone in second place behind Real Madrid (172 wins) in the all-time ranking [fcb] pic.twitter.com/65yb3UwIsA

Meanwhile, Villarreal will be hoping to build on their performance from the first leg and pull off an upset at the Allianz Arena.

Bayern Munich have done well against Villarreal in the past having won two of their three meetings against the Spanish outfit.

Furthermore, they are coming into this game on the back of four wins from the last six matches across all competitions.

The home side are undoubtedly the favourites here because of the quality in their squad but they will have to stay focused in order to get a good result here.

Villarreal have shown that they have what it takes to pull off a surprise result and Bayern Munich cannot afford to underestimate their opposition.

🗣 “We are really glad that we have only lost there one – zero.”

Manuel Neuer says given the performance, the 1-0 loss to Villarreal wasn’t a terrible result for Bayern Munich. pic.twitter.com/YFKVnYLgUe

Bayern Munich will have most of their key players fit and ready for this game.

Eric Choup-Moting is set to miss out after testing positive for coronavirus and Corentin Tolisso picked up an injury against Freiburg and he’s expected to be on the sidelines as well.