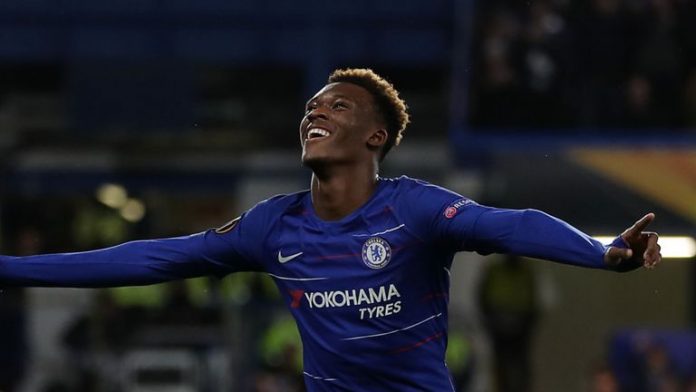 According to The Telegraph, Bayern Munich players believe Callum Hudson-Odoi could join them on a season-long loan from Chelsea before the transfer deadline on October 5.

The England international was previously on the radar of the Bavarian giants during the 2019 winter transfer window after he handed in a transfer request.

However, the Blues were adamant that the teenager was not for sale and they turned down multiple bids from the current European champions.

Hudson-Odoi has since put pen-to-paper on a long-term deal with the Blues, but he has yet to establish himself as a regular from the starting lineup.

Last season, he was restricted to only seven starts in the Premier League under Frank Lampard, who replaced Maurizio Sarri as the new manager.

Hudson-Odoi was able to start the season opener against Brighton & Hove Albion this term, but he was an unused substitute in the recent defeat to Liverpool at Stamford Bridge.

He was unable to feature despite the injuries to Hakim Ziyech and Christian Pulisic and it is now reported that the Bayern squad expect the club to make a fresh move for him.

Bayern boss Hansi Flick currently has three wide players in the form of Leroy Sane, Serge Gnabry and Kingsley Coman, but he is said to be eyeing another option in the squad.

He has previously told Bild that he would prefer to have four wingers up for selection and it remains to be seen whether the club can pursue the services of Hudson-Odoi on a temporary basis.