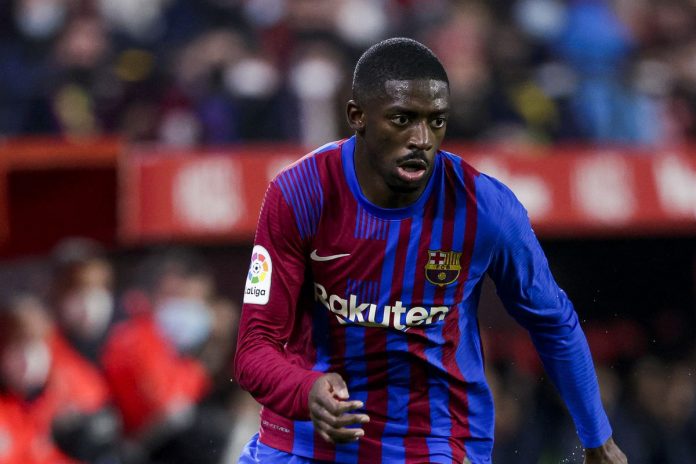 Bayern Munich are reportedly keeping tabs on Ousmane Dembele whose contract at Barcelona is set to expire this summer.

For several weeks, Bayern Munich have been trying to extend Kingsley Coman’s contract. The France international is set to enter free agency in June this year. He has so far decided not to sign an extension and is keeping his options open.

With interest from several Premier League clubs, the former PSG man might be leaving Germany in the summer.

This has forced the reigning Bundesliga champions to draw up a list of potential replacements.

Among those players that have been shortlisted, Ousmane Dembele is seen as a cheaper alternative. The young winger is also refusing to commit to fresh terms at Camp Nou. Talks between the player’s entourage and Barcelona have not progressed and this is where Bayern Munich come.

The World Cup winner wants a significance pay raise in order to extend his stay in Catalonia, something Joan Laporta cannot make happen.

Bayern on the other hand, see this as a one last chance for them to finally sign a player they extensively scouted during his time with Stade Rennais.

While his recent injury troubles are well-documented, the Bavarians believe that they have a better team of medical professionals.

Munich are also eager to sign Raphinha from Leeds United. However, the Brazil international is going to cost them at least 45 million euros. The same goes for Callum Hudson-Odoi who they tried to sign from Chelsea a couple of years ago.

At the same time, Barcelona are visibly upset with Dembele. The Blaugrana do not want to let go of their star player and Xavi is keen to having him around. However, with no positive outcome yet, the Spaniards might even be forced to make a cut price deal with Bayern Munich during the January transfer window.