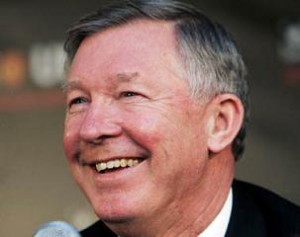 Manchester United kicks off the UEFA Champions League quarterfinal round  with the first leg at Bayern Munich.

There are injury concerns for both sides which will have a major impact on the match. Wayne Rooney and Rio Ferdinand, who didn’t play in Saturday’s EPL win against Bolton, will both be fit to start for Tuesday’s match. Bayern are less confident that Arjen Robben will be available because of a calf injury. If he’s not in the squad on Tuesday, it will be a significant loss at Robben has been a key player in the midfielder.

Bayern Munich advance to the quarterfinals on away goals over Fiorentina while Manchester United dominated AC Milan with a 7-2 aggregate win. The Red Devils will be satisfied with a draw and any away goals with the second leg at Old Trafford. While Bayern have gotten good results on the road, they know they can’t head to England needing a win or to score several away goals.

It should be a very competitive match with at least 2-3 goals if not many more. If Robben is able to play, Bayern could get a win but a draw is most likely. Rooney scored four goals in the matches against AC Milan and should score on Tuesday. His form has been incredible and only matches in recent weeks by Barcelona’s Lionel Messi.

Bayern have to get a lead to have a chance to reach the semifinals but Manchester United have shown they are able to get results in any away match.