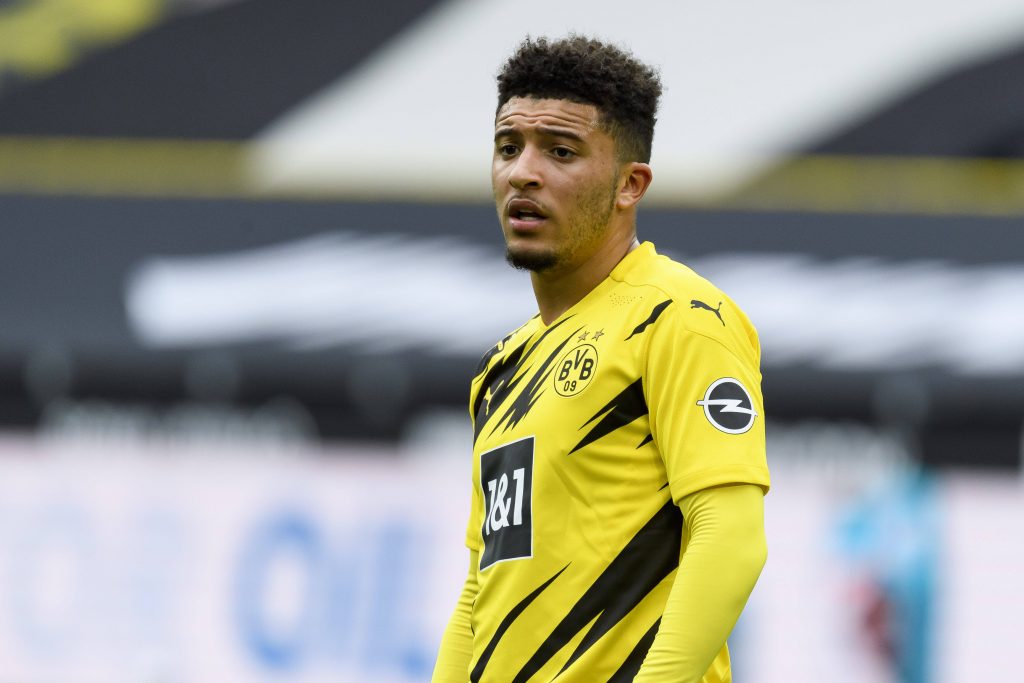 Bayern Munich are considering a move for English winger Jadon Sancho, according to Mike McGrath of the Telegraph.

Sancho arrived at Borussia Dortmund in 2017 as a 17-year-old following two years in Manchester City’s academy. He was immediately included in the club’s first team squad and soon began to make an impact.

Since then, he has become one of the brightest young prospects in world football. In 102 Bundesliga appearances, the winger has scored 38 goals and recorded a further 43 assists. This form has earned him 18 caps for the England national team.

Sancho was strongly linked with a move to Manchester United last summer. However, after many weeks of haggling and negotiating, he stayed in Germany.

The Red Devils are expected to be back in for the Englishman this summer. Although this time they may have to compete with Bundesliga giants Bayern, who are also weighing up a move for him.

The Bavarians have just wrapped up their ninth successive league title, celebrating the occasion with a 6-0 victory over Borussia Monchengladbach.

However, with manager Hansi Flick set to depart to manage the Germany national team, they may be at risk of dropping down the table.

As a result, they will look for new recruits to strengthen an already brilliant squad. Dayot Upamecano has already been confirmed, signing from rivals RB Leipzig to replace the outgoing David Alaba.

A new winger may also be in the pipeline, with loanee Douglas Costa not expected to arrive on a permanent basis.

Bayern have Kingsley Coman, Leroy Sane, and Serge Gnabry available out wide. They will want another option to provide depth to compete on three fronts next term.

Should Sancho make the switch from Dortmund to Bayern, he will follow in the footsteps of Mario Gotze, Robert Lewandowski and Mats Hummels.

Last summer, the Black and Yellows demanded a €120 million fee for the 21-year-old, which Man Utd were unwilling to pay.

With just two years remaining on his contract, and another year of COVID-19 impacted finances, the club have reportedly lowered their asking price to about €90m.

His future could depend on whether Dortmund qualify for the Champions League. They currently sit in fourth place, just one point ahead of Eintracht Frankfurt in fifth

It is difficult to see a player of Sancho’s quality settling for Europa League football.