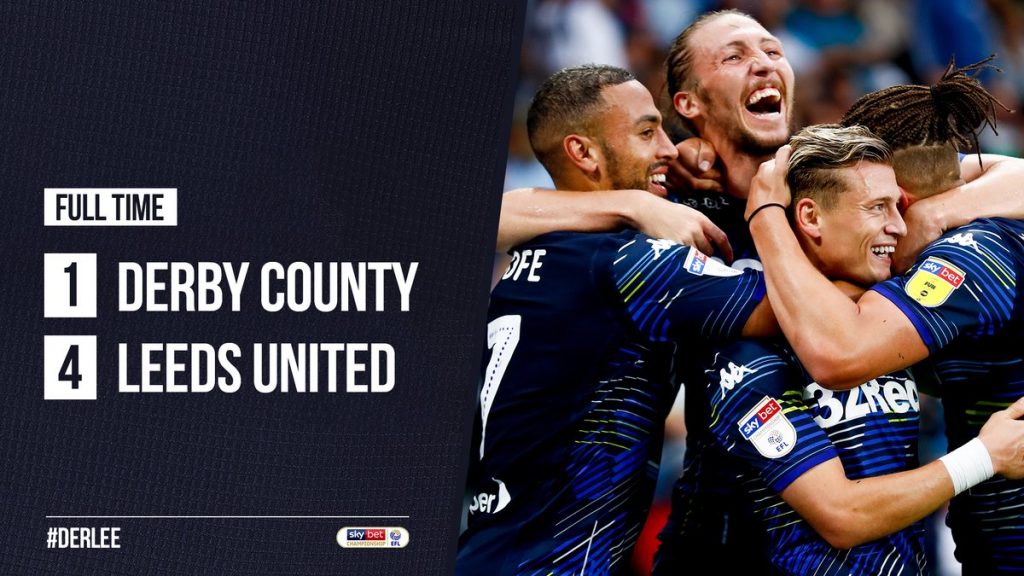 Leeds United produced a scintillating attacking display as they demolished Derby County 4-1 in the Championship clash at Pride Park on Saturday.

The Whites have made a great start to the season under Marcelo Bielsa, and they have picked up back to back wins. But more than the result, it is the manner of the victories that has injected seeds of optimism among the Leeds fans.

It was a complete team performance and almost everyone was superb during the game. After the game, Barry Douglas took to social networking site Twitter to express his reaction. He said that it was a “great effort from everyone”, and urged the team to move forward.

Another fantastic 3 points and great effort from everyone once again ?? great turnout from the fans also ?? let’s keep improving and growing together #MOT #BD3 pic.twitter.com/PRMo6wLzRO

Leeds United fans were quick to respond to his tweet to let him know that he played really well against Derby. Here are some of the selected tweets:

All the best, Barry. Delighted for you! Top bloke. Always be a bit of WV1 in your make-up

Signing of the summer Baz, a class act in the 2 games so far. Keep it up and earn your rewards buddy ! #mot

Signing of the century ❤️

Mateusz Klich gave Leeds the lead in the opening five minutes when he scored a 20-yard curler. Derby quickly equalised when Tom Lawrence scored from a dipping free-kick.

Kemar Roofe restored the lead again for the Whites in the 21st minute. After the break, he scored his second of the match showcasing some wonderful footwork, and Alioski’s header added further gloss to the scoreline.

Douglas joined Leeds for around £3 million in the summer transfer window, according to reports from Sky Sports, after he helped Wolves to Premier League promotion last season.

The 28-year-old started 38 games for Wolves last season and at £3 million, Leeds might have got themselves something of a bargain.