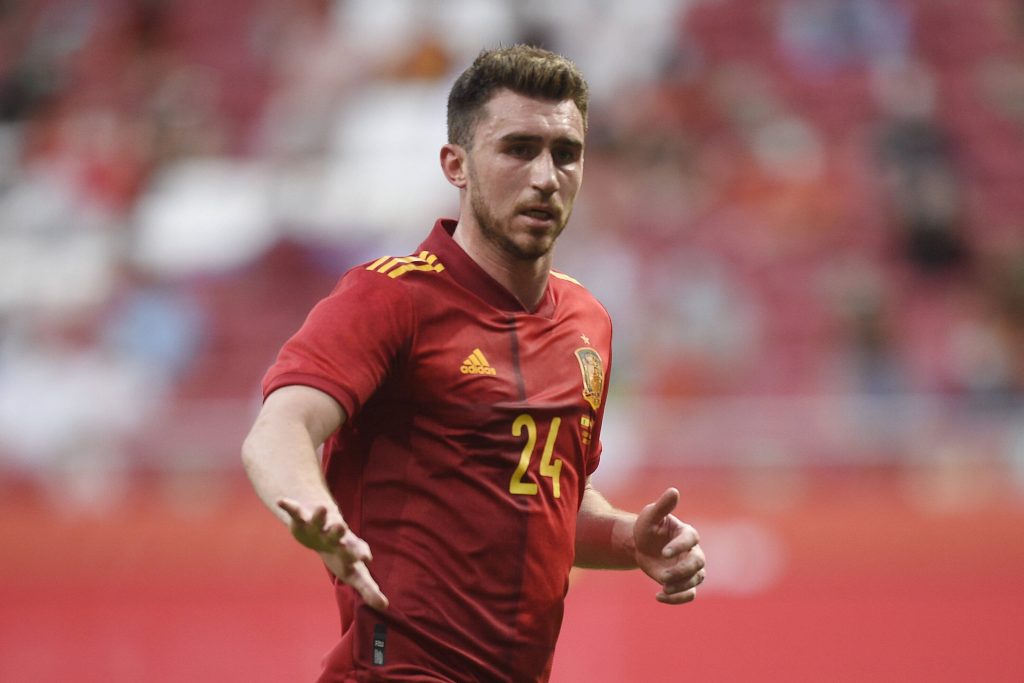 Barcelona are prepared to sell Clement Lenglet and Samuel Umtiti to raise funds for the signing of Manchester City centre-back Aymeric Laporte, claims Spanish outlet AS.

The French pair have fallen down the pecking order at Barcelona and may be to surplus requirements.

Long-serving club legend Gerard Pique is expected to stay, while the much younger options of Eric Garcia, Ronald Araujo and Oscar Mingueza are all coming through.

There have been reports that La Blaugrana are hoping to bring another centre-back to the club, with Sevilla’s Jules Kounde named as a possible target.

If a new central defender is brought in, the club would likely offload one or two, especially given their current financial situation.

Laporte is another who has been linked with a move to Camp Nou. The former Athletic Bilbao man was once one of the first names on the team sheet at Man City, but last season lost his place in the starting XI to John Stones and new recruit Ruben Dias.

It was recently claimed that the Spain international could be angling for a move this summer.

Spanish source AS are claiming that Lenglet and Umtiti could be put on the transfer list to fund a move for Laporte in the transfer window.

Lenglet signed for Barcelona in 2018 from Sevilla and made a strong start to life at the Camp Nou, making 95 appearances in his first two seasons and nailing down a starting berth.

He continued to be a regular during the 2020/21 campaign but failed to produce the performances to back up his selection.

The Frenchman often looked shaky and was responsible for a fair few goals conceded throughout the season.

At just 25-years-old and with five years remaining on his contract, Lenglet could fetch a decent fee in the transfer window.

Once considered one of the finest centre-backs in the world, Samuel Umtiti’s stock has drastically fallen over the last few years, largely thanks to injuries and a loss of form.

The World Cup winner started just six league games last season, and it looks like he is not in Ronald Koeman’s plans.

However, the Dutchman’s job is in doubt, and Umtiti may feel like he could outlast him if he sticks around.

Umtiti has just two years left on his current deal, and his lack of game time will see his value depreciate further. Barcelona will be hoping to let him go as soon as they can.

Read also: Barcelona weighing up a move for Raheem Sterling.