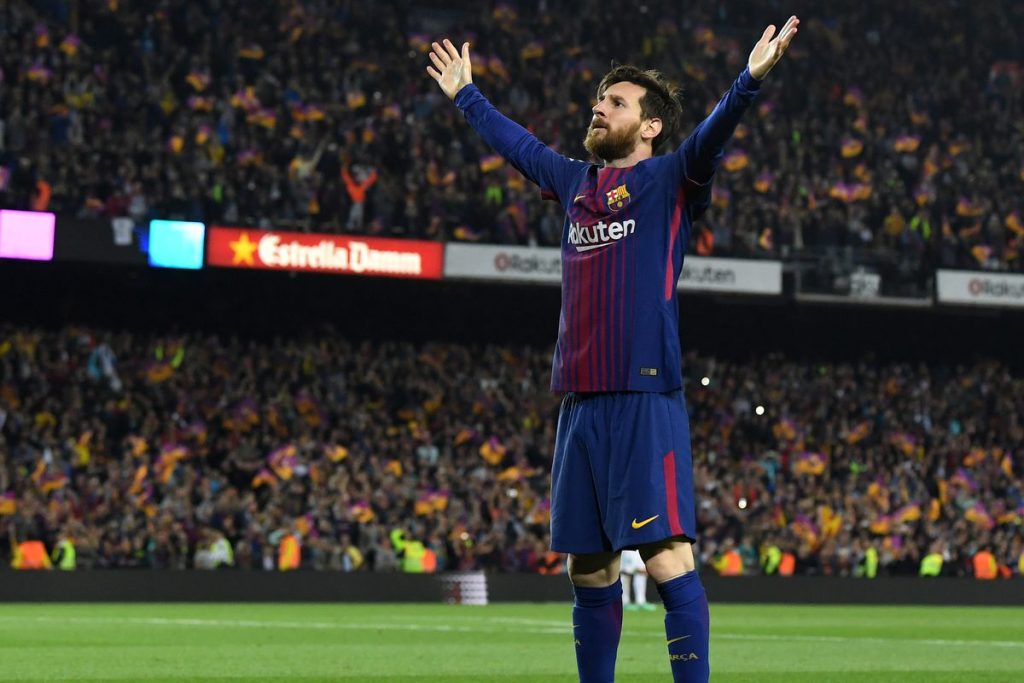 Age-old rivals Barcelona and Real Madrid played out a sensational Clasico fixture on Sunday night, with the sides unable to be separated in a 2-2 draw.

The game boasted some of the world’s best players, with excellent goals, excitement and flare-ups in a scintillating night at Camp Nou.

Luis Suarez and Lionel Messi gave Barcelona the lead on two occasions, but Madrid, who scored through Cristiano Ronaldo and Gareth Bale, were equal to the new Spanish champions.

As Barcelona close in on an unbeaten La Liga season and Madrid wait for their Champions League final against Liverpool, here are three observations from the game.

Bale and Benzema prove their worth

While Cristiano Ronaldo is an ever-present in the Madrid attack, Zinedine Zidane has rotated the Portuguese’s supporting cast over recent months.

With the likes of Lucas Vasquez and Marco Asensio pushing for starting positions, both Gareth Bale and Karim Benzema have had to make-do with a place on the bench at times this season.

However, the big-name duo were given the nod to play against Barcelona and both looked determined to prove a point.

Benzema had an industrious night and played a key role in Madrid’s fightback, while Bale took his goal with absolute aplomb.

While some people may be predicting summer exits for this big-money pair, the duo showed on Sunday they have what it takes to excel at the highest level.

Lionel Messi is the best player to have ever played the sport and when he is in the mood, the Argentine forward is close to unplayable.

Barcelona were again thrust forward by the mercurial attacker on Sunday, with the South American’s sublime goal giving the hosts the lead at 2-1.

While Madrid, to their credit, came back into the game and took a point back to the Spanish capital, Ernesto Valverde’s men are now a handful of matches away from becoming the first La Liga team to go through an entire campaign unbeaten in more than 80 years.

Looking at the Barcelona teams of the recent era, this starting XI is no-more impressive than the sides of Pep Guardiola or Luis Enrique.

However, the one constant is Messi, who for so long has been the difference between success and failure for the Catalan outfit.

While talk of Antoine Griezmann joining Barcelona in the summer swirls, replacing Messi in the long term is an almost impossible job for the Camp Nou giants.

Blood and thunder displays a positive thing for football

So often the biggest games in football become anticlimaxes, but Sunday’s Clasico clash will go down as one of the most-entertaining matches in the recent memory.

While the skill and goals are always appreciated, the fact there was a real sense of rivalry, aggression and confrontation in the game should be welcomed also.

With moves to establish VARs and tighter regulations around tackling and 50-50 challenges, it was refreshing to see a game where the players did not hold back from a physical perspective.

Although some refereeing decisions in retrospect could have been changed if a VAR had been in place, the subsequent slowing down of the game would have upset the momentum and spoiled it as a spectacle.

Sunday’s Clasico was a shining example of why football is the best sport on the planet, the global game – if it is not broken, don’t fix it.