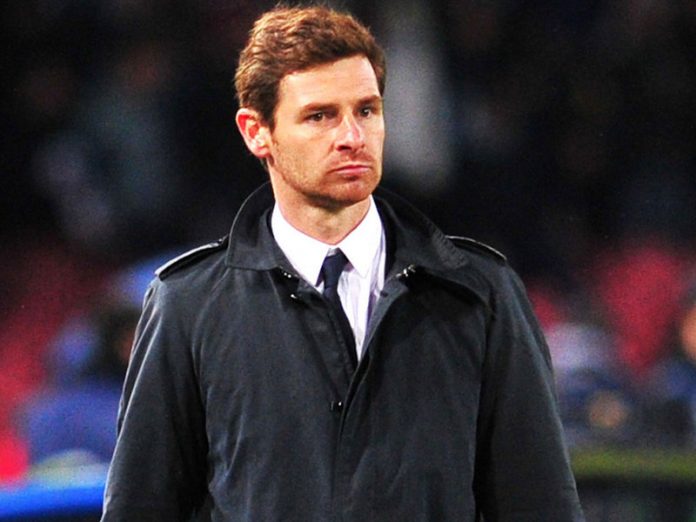 Those were the words of Sinn Fein President Gerry Adams when addressing the IRA in 2005. They also provide a pretty accurate commentary of Andre Villas Boas’ tumultuous reign at Chelsea. The fresh faced confidence of 9 months ago had been washed away and replaced by an image of down trodden isolation as AVB stood on the touch line at The Hawthorns. An eventuality largely considered as a matter of when rather than if was finally confirmed the following day as AVB was relieved of his duties.

Throughout the past weeks as pressure has built on the young Portuguese coach, many football journalists and fans alike have pondered that for Chelsea it may be a case of the “right man at the wrong time.” This was never going to be the right appointment at a time of required transition within the Chelsea squad.

That was of course the well-publicised mandate with which AVB was given upon his appointment at Stamford Bridge. It was an aim that AVB appeared confident of achieving and one that which he spoke openly about on his arrival. This was an immediate error on his part and highlighted a naivety that was to blight his time in West London. Such blatant proclamations of change immediately placed AVB as a threat to the futures of the now infamous senior players within the dressing room, of which there are many. AVB had effectively lost the trust of influential players before he had even had chance to gain it.

The situation was only exacerbated by the fact that intially AVB’s changes were so minimal. His only major signing of the summer was Juan Mata, which coupled with the introduction of Daniel Sturridge into the first team, signified his only real changes to the Chelsea set-up. In a nutshell; AVB’s initial success was dependent on a group of players he had openly talked about phasing out of the club. Players need to feel inspired by their manager not threatened. His naivety not only continued but also grew when he declared that the owner backed his project even if his players don’t. AVB clearly backed the wrong horse.

One might argue that it was admirable honesty, but instead it just reeked of a man still too immature to deal with such intense media scrutiny and a further display of disregard for players he needed to peform if his project was to ever get off the ground. Evidence that a young manager with limited experience and reputation wasn’t the man to come, from the outside in, to perform the transition the owner desired. Of course a poor season on the pitch was the absolute sealer of AVB’s fate.

Roman Abramovich has spent lavishly on hiring and firing and his most recent managerial swap was poorly judged if transition is what he craved. Abramovich and his advisors should have paid closer attention to events at Old Trafford over the past two decades before being so ruthless in their sacking of Carlo Ancellotti. Sir Alex Ferguson has carried out numerous transformations of his playing sqaud regardless of reputation or prior success. The respect, trust and most importantly authority that has allowed him to draw the line under distinguished careers and are all things that AVB did not possess.

Neither his reputation nor his initial media appearances provided him with trust or respect from the players. But arguably more significantly he was never afforded the authority needed by anyone from the club. There was no “like it or lump it” message delivered to the players, in fact Abramovich began to undermine the man he had entrusted with the project of transtition through training gound appearances and queries over team selection. And so player power remained.

Contrastingly, Ferguson’s authority is in no doubt and has been displayed numerous times with complete backing from the Old Trafford hierarchy. He has both phased out players slowly and made changes with immediacy, a balance needed when performing a successful transition.

In just two years at Chelsea, Ancelotti had garnered significant levels of trust and respect from his players and was popular with the fans. Had it been Carlo Ancellotti informing the likes of Frank Lampard and Didier Drogba that there services were going to be used more sparingly their response may have been more measured and favourable rather than the public dissention which has occurred. Senior players may even have acted as dressing room aides to the manager in easing through change as the likes of Gary Neville, Paul Scholes and Ryan Giggs have been to Ferguson.

Frank Lampard should be especially conscious of the examples of Giggs and Scholes. Ryan Giggs has made 401 of his 901 appearances for Manchester United from the bench a statistic which in no way devalues his contribution to the clubs success and instead has allowed his exceptional abilities to be sustained over a longer period of time thus, enhancing his contribution. Would this not be a desirable outcome for Lampard? Does he not possess the foresight to see that AVB’s more sparing use of him would be beneficial to prolonging his ability to peform at the top level and, as a result, illustrates how important he was to AVB’s project?

He may have done if the news was coming from a trusted superior.  Still, it is dreadfully self indulgent of Lampard to show overt dissent because the manager has the temerity to want to use a 33 year old more sparingly. A grievance even less understandable when noting that Lampard has 23 appearances to his name this season, 20 of them starts, making him Chelsea’s fourth most used player this season. Lampard along with other senior players have a large ammount of AVB’s blood on thier hands.

So what now for Chelsea?

Abramovich may be ruthless in his convictions when sacking the manager, yet paradoxically appears to have no real conviction as to what he actually wants for Chelsea. A trophy-less season despite being proceeded by a League and Cup double was enough to see him lose his nerve when backing Ancellotti’s and a subsequent desire for transition has seemingly been dismantled by the concerns of the clubs senior players.

If there is to be a much-needed end to Chelsea’s regime of player power then Abramovich must choose a more suitable candidate, instil full authority in him and possess the nerve to give him the time necessary to complete the task. If he does not then the player’s desire and ability to maintain status quo will further destabilise Chelsea’s chance of future success.