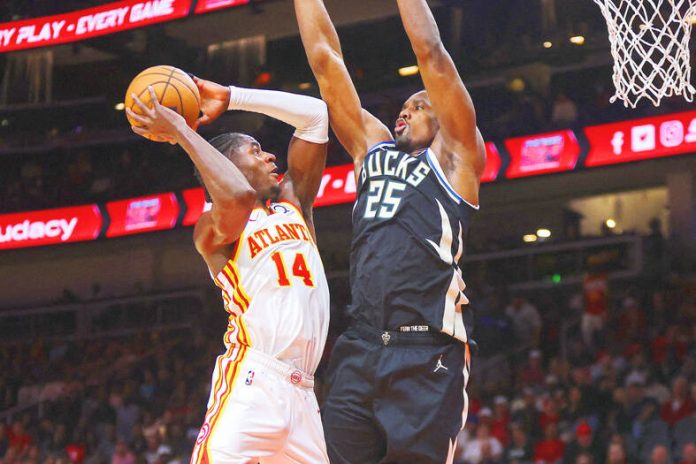 Atlanta Hawks rookie A.J. Griffin comes up big for the team as they hand the Milwaukee Bucks their first loss of the season.

The Hawks were without star point guard Trae Young in this contest. Others seemingly had to step up against an undefeated Bucks team.

They did just that, however, as the Hawks defeated the Milwaukee Bucks 117-98. Atlanta was lead by newly acquired guard Dejounte Murray and rookie A.J. Griffin. 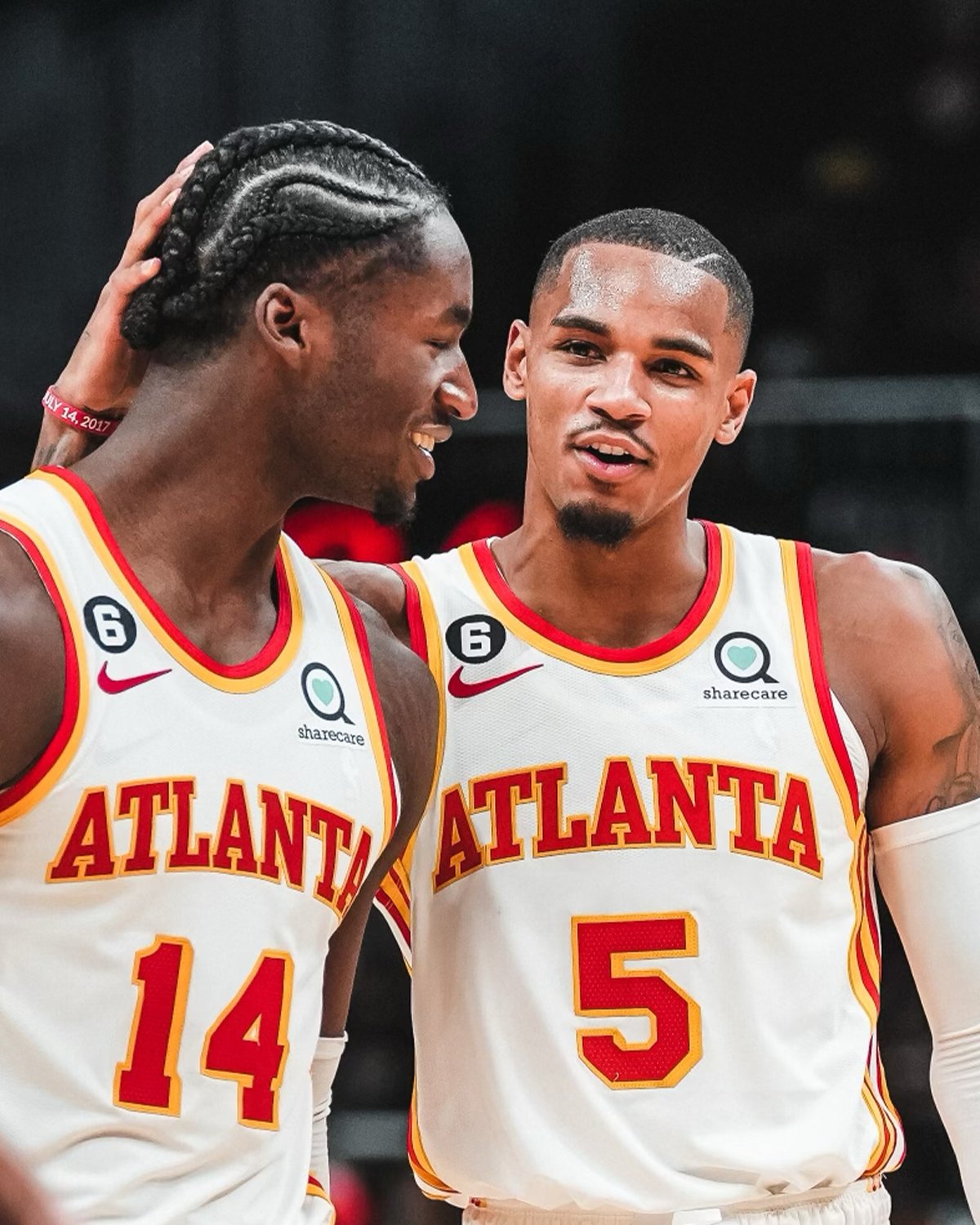 Murray almost managed a triple double as he finished the game with 25 points, 11 assists, and 8 rebounds. Griffin managed a career high in points with 24.

We saw a lil bit of everything from DJ last night 🤩

The bench,however, was one of the many reasons why the Hawks won this game. Backup center Onyeka Okongwu had 12 points and 6 rebounds with a +22 plus/minus. Justin Holiday had arguably his best game of the year so far. He chipped in 14 points in 23 minutes.

With Trae Young being ruled out, Griffin  played 31 minutes and made the most of his opportunities. Griffin shot 10-15 from the floor and had a plus/minus of +28. 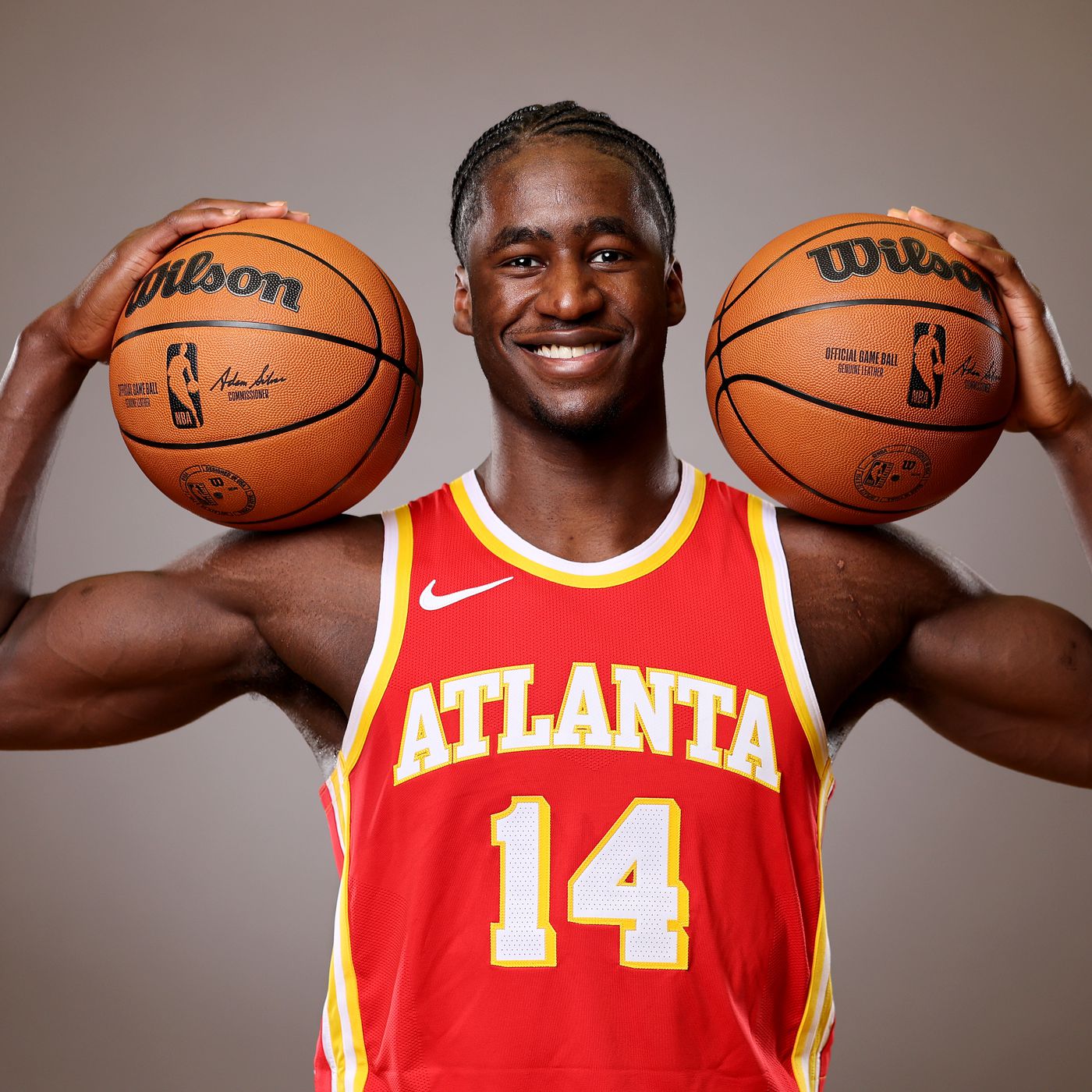 Griffin was Atlanta’s first round pick in 2022 and was seen to be best player available at pick 16. He is known for is 3 point shooting as he shot 44% from three at his one year at Duke.

This emergence from Griffin is kind of a surprise to the Hawks organization. At the beginning of the season, Griffin was basically a non-factor as he was only playing in garbage time. Now with Bogdan Bogdanovic out for the foreseeable future, Griffin has a chance to solidify himself as a key bench piece.

The weakness for the Hawks, however, is bench depth with Bogdanovic’s out. This clears the path for AJ Griffin to contribute for Atlanta’s bench. With performances like this down the stretch, Griffin is set to become a major contributor to Atlanta even when Bogdanovic returns.