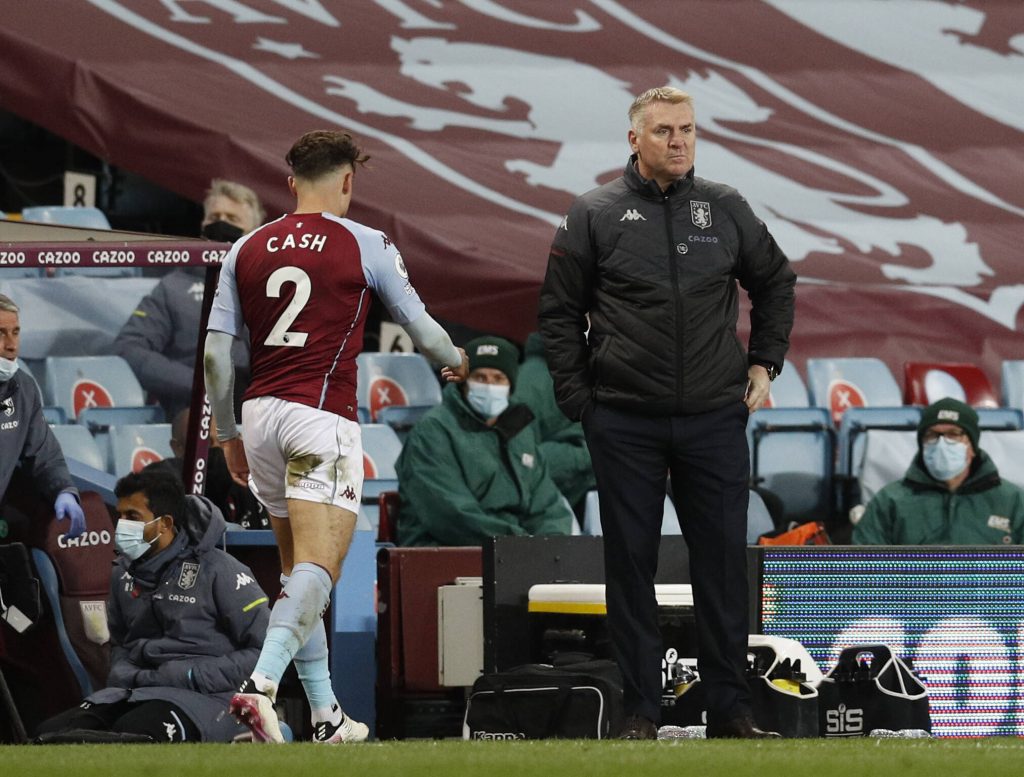 Aston Villa continued their horrendous run of form in the Premier League with a 2-1 defeat to Manchester City last night.

Dean Smith’s side managed to take an early lead through John McGinn, but the league leaders put on an impressive comeback to secure all three points.

Villa have now won just two of their last ten Premier League matches, and Smith is under tremendous pressure to turn his side’s form around.

His team looked vulnerable at the back, and the fans were particularly disappointed with Matty Cash’s performance.

The 23-year-old made a few wrong decisions to put his teammates under repeated pressure. He was eventually sent off in the second half for a couple of reckless challenges.

City midfielder Phil Foden had an exceptional game, harassing the Villa full-back from the outset.

The Villa defender cannot afford to get carried away in crucial situations and needs to work on his decision-making.

He has proven to be a reasonably good signing but must cut out his recklessness if he wants to succeed at the highest level.

What on earth is Matty Cash thinking diving in like that on a yellow card? #AVFC

Utter stupidity from Matty Cash. Big fan but I’d drop him for a period of time. Needs to learn a valuable lesson

What on earth is Matty Cash thinking there?! 😐

What was Matty Cash thinking #UTV

Matty cash has been poor tonight