India
Home News arsenal in 2020 was it really that bad 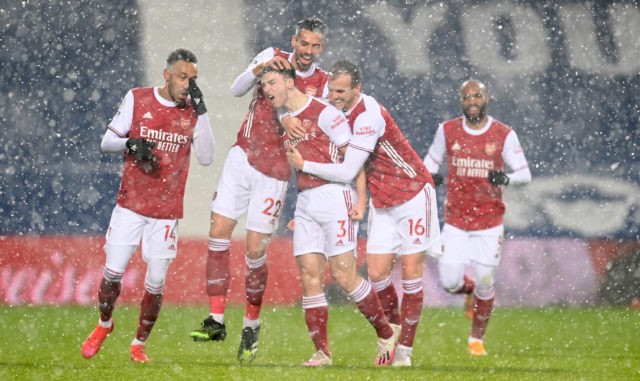 As is customary with Arsenal, things have been highly entertaining and a complete mess. And, in 2020, they’ve managed to outdo themselves, completing the last 12 months with an unprecedented level of nonsense.

But has it been all that bad?

Sure, he may not have been at the top of his game since the beginning of the new season, but there’s no doubt who Arsenal’s talisman was at the end of the last campaign.

We imagine it won’t be too long until the former Borussia Dortmund man is back to his best.

Going into the game as underdogs, Arsenal secured their fourth FA Cup in seven years after defeating fellow Londoners Chelsea.

The Gunners didn’t make the perfect start to the game, falling behind in the fifth minute through Christian Pulisic’s finish. However, what followed was a superb performance from star man Aubameyang.

The Gabonese striker put his side level from the penalty spot after being brought down by Cesar Azpilicueta, and then netted the winner in the second half, turning past Kurt Zouma before lifting the ball over Willy Caballero.

Having won the away fixture 1-0, Arsenal went into their Europa League round of 32 second leg against Olympiacos as strong favourites to qualify for the next stage.

Things didn’t materialise as planned for the Gunners. Centre-back Pape Cisse bagged in the second half to take the tie to extra time. However, an exceptional acrobatic effort from Pierre-Emerick Aubameyang appeared to seal Arsenal’s progression to the round of 16.

With just injury time remaining, Olympiacos retook the lead through Youssef El-Arabi’s close range finish. But there was still time for one last bit of heartbreak, as Aubameyang missed a glorious chance in the dying seconds which would’ve taken Arsenal through.

On the whole, pretty good.

Brazilian centre-back Gabriel Magalhaes has looked impressive at the heart of defence since arriving, while the acquisition of Thomas Partey was a real statement of intent. And, while they’re not exactly superstars, Pablo Mari and Cedric Soares have done a solid job at the Emirates.

Arsenal fans may feel a bit upset to see Emiliano Martinez go, especially given how well he’s done at Aston Villa. However, getting up to £20m for a player who was a second choice pre-lockdown is decent business.

Despite this, they still remain without a recognised creative midfielder in their ranks. Willian simply hasn’t made an impact since joining on a free transfer, and no one else has been brought in to provide the service for their forwards.

Meanwhile, Mesut Ozil sits in the reserves on an estimated £350k-a-week. Failing to find a suitor for the German playmaker while he eats away at their budget is a notable failure of the Arsenal board.

The wildly unpopular Unai Emery was dismissed as Arsenal boss in November 2019, and was soon replaced by Mikel Arteta, who would be earning his first job as a manager.

Arteta’s first year has been mixed. When he took over, Arsenal were in tenth. They finished the season in eighth. While some progress was made, the Gunners would still be hoping for a bit more.

In addition, the start to the 2020/21 season has been nothing short of a horror show. A recent three-match winning streak has helped cool the tension, but there was a point when Arteta’s side were being considered as genuine relegation candidates.

However, the Spaniard has enjoyed some success, lifting the FA Cup in August. To guide his team to victory against Manchester City and Chelsea deserves some credit. However, many wonder whether it was down to the manager or the individual brilliance of Pierre-Emerick Aubameyang, who scored a brace in both games.

Well, while the league form has been absolutely miserable, you can’t argue with a piece of silverware. That’s more than almost every team in the country got their hands on in 2020.

However, as mentioned, Arsenal’s Premier League results have been some of the worst we’ve seen from the North London side in decades. If Arteta doesn’t turn it around soon, then his time may be up.

Nonetheless, the recent run of results is encouraging, and the introduction of talented youngsters is a step in the right direction. Things should get better for the Gunners in 2021.