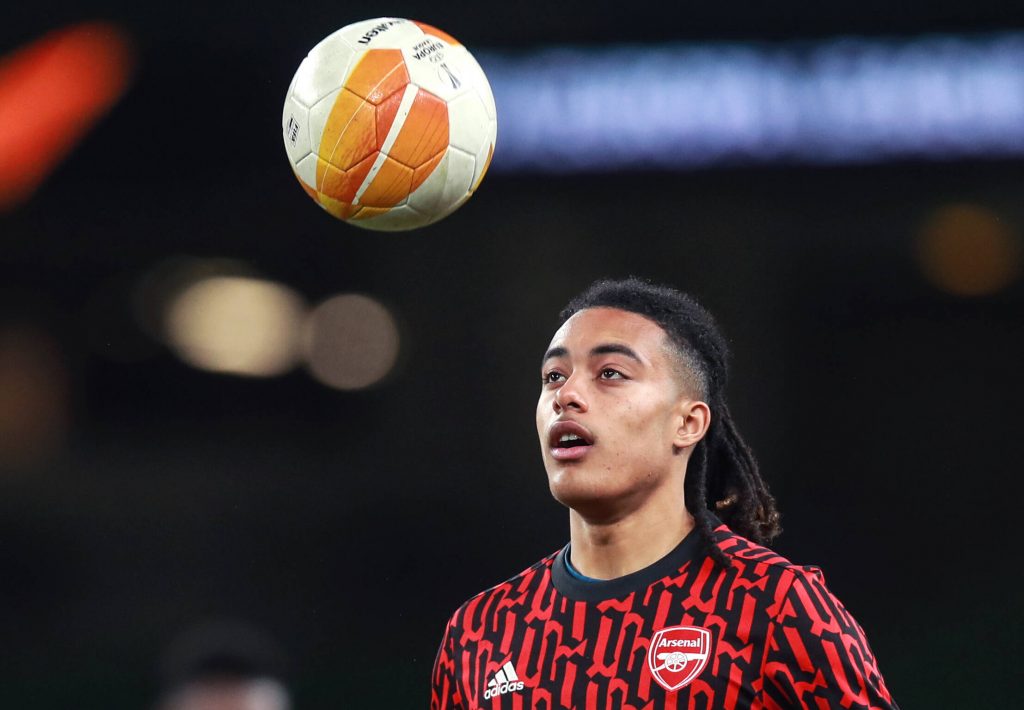 Some Arsenal fans on Twitter were delighted for Miguel Azeez following his sublime goal in the 4-1 win over Watford in a pre-season friendly.

The 18-year-old is regarded as one of the most promising players in the academy and produced a positive display after coming on in the 64th minute.

The midfielder bagged the club’s final goal. He showed his class as he unleased a sublime curling effort with his weaker left foot from the edge of the box.

This caught the eye of several Gunners supporters, and some of them believe he could be the next academy player to make his mark with the first team.

Azeez will be the next BIG thing to come out of Hale End, mark my words 👍🏻 pic.twitter.com/0G3ocpyDHk

That's a nice goal from Azeez!! He was alone!! Now we have another midfielder that can release a screamer! pic.twitter.com/2Tl3dliTy6

A curler from the edge of the box on your weak foot? Not a bad way to score your first goal for Arsenal for Miguel Azeez.

Azeez has been lauded for his work ethic in the youth set-up. He was impressive yesterday as he was comfortable with the possession of the ball.

The Gunners are planning a midfield reshuffle this summer, and they have already sanctioned the permanent exit of Matteo Guendouzi to Marseille.

Granit Xhaka and Lucas Torreira could soon head for the exit door. New signing Albert Sambi Lokonga has been a solid presence in recent pre-season games.

The club are searching for another experienced midfielder. Azeez is not in the reckoning for a first-team role, but he has the chance to impress the manager.

The Gunners have two more friendlies against Tottenham Hotspur and Chelsea. There is a possibility that he could feature in both of those matches.