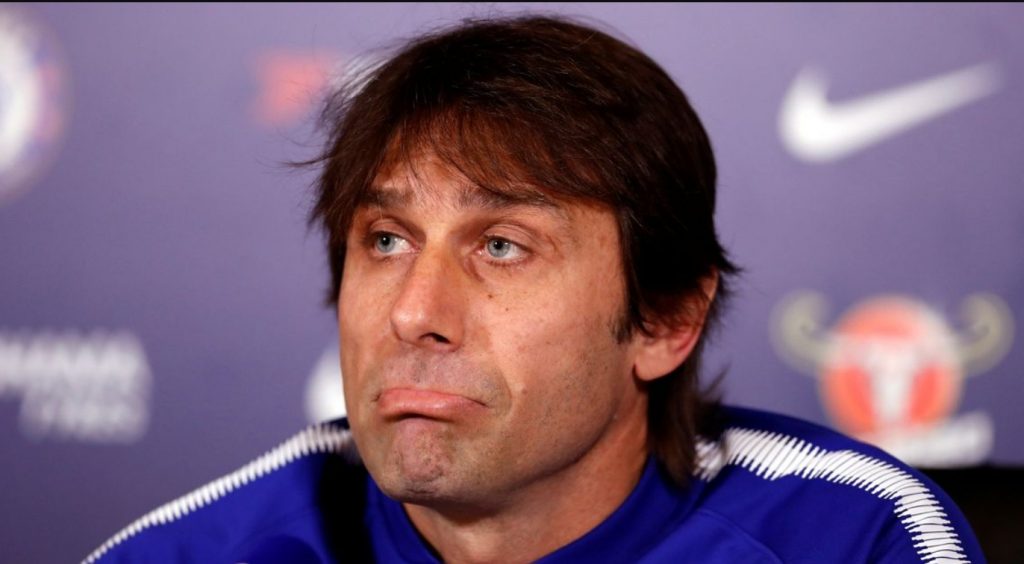 The chances of Antonio Conte being Chelsea boss for much longer are looking decidedly bleak as each day passes.

The Italian is enduring the most difficult period of his 18-month tenure. One win in the last eight matches have seen Chelsea at risk of dropping out of the top-four.

The disastrous run finally hit an all-time low as The Blues were beaten 3-0 by Bournemouth at Stamford Bridge on Wednesday night.

Conte cuts a figure of a frustrated man as it seems his wish for the club to make the signings he wanted have not been adhered too.

The policy at Chelsea is that the man in the hot seat coaches the players he’s given. Decisions on signing are made by Roman Abramovich’s team of people… Former Director of football Michael Emanalo was responsible for scouting and recommending players. The negotiating was then left to club Director Marina Granovsaia.

Conte’s days look numbered following this poor run. You can draw comparisons to how Carlo Ancelotti and Jose Mourinho departed the club in a similar fashion.

Bets on Conte slipping through the managerial trapdoor have seen odds slashed to make Conte odds-on for the chop. Ladbrokes currently have the former Juventus boss at 1/2 to not be at Stamford Bridge at the start of next season.

It’s not all doom and gloom

Queen’s hit record ‘Under Pressure’ is very appropriate to sum up Conte’s situation. However, it not impossible that this season will be salvaged.

This coming Monday Chelsea face Watford. Taking the points at Vicarage Road would set The Blues on the right track.

Chelsea do have FA Cup success as a chance of silverware. Hull City await in the fifth-round. Conte will be keen to prove his squad are still capable of cutting it when it counts.

There is, of course, a daunting Champions League tie against Barcelona awaiting The Blues. The Catalans will be clear favourites, but the exploits of 2012 will be etched in the memories of those of a blue persuasion.