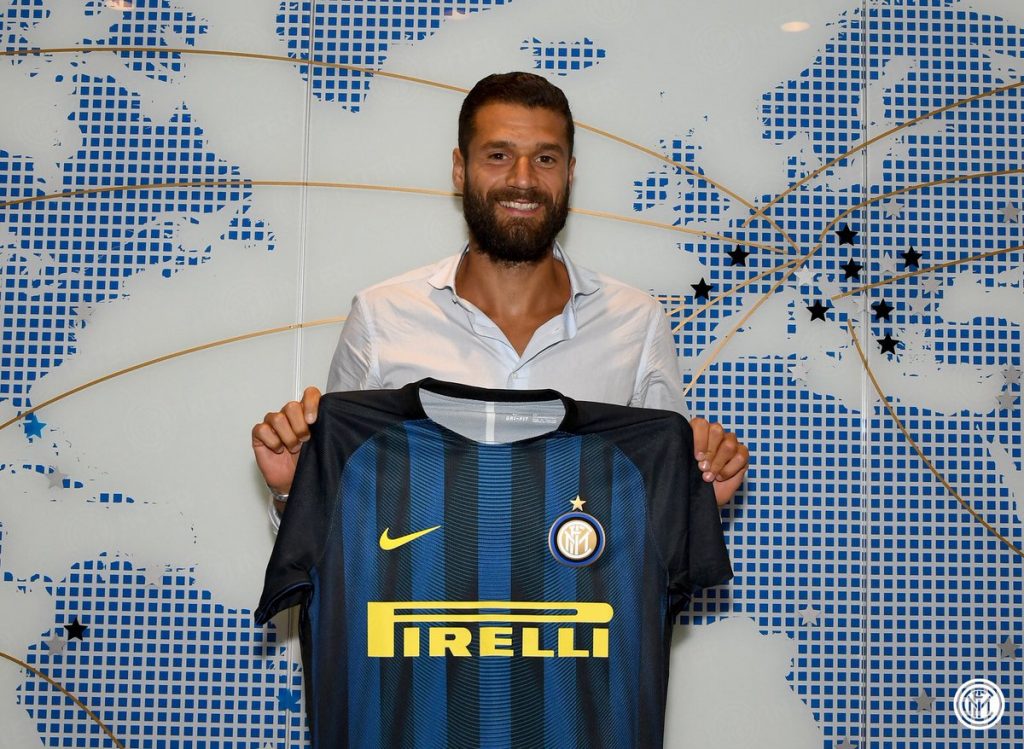 Lazio winger Antonio Candreva has completed his transfer to Inter Milan this evening. Inter have confirmed the deal on their twitter account earlier.

The Italian international has signed a four year contract with the Serie A outfit.

Candreva was a top target for Premier League giants Chelsea after the player impressed Antonio Conte with his performances for the Italian national team. However, the Blues never followed up on their interest with a concrete offer.

Inter are apparently paying around 25 million Euros for the 29 year old winger and the player is expected to earn around 2.7 million Euros per season.

Candreva has been one of the best players in Serie A over the last few seasons. The Italian winger has picked up 238 appearances and 48 goals in the top flight so far and will bring a wealth of experience to Inter. He has also represented his country on 40 occasions, scoring four goals.

Inter Milan have confirmed that the player has passed his medical and will wear shirt number 87 next season.

After completing the move, Candreva said: “I am really happy and proud to be here. I always wanted Inter and I’m really excited to become a Nerazzurri player at last.”

“I’d like to thank Lazio for the seasons we spent together and for giving me the chance to realise this dream.”

“I can’t wait to play at San Siro and feel the passion of the Inter fans.”

Club President Erick Thohir added: “I am very happy to welcome Antonio to Inter. I am sure he will prove a great addition to what is already a very strong squad.”