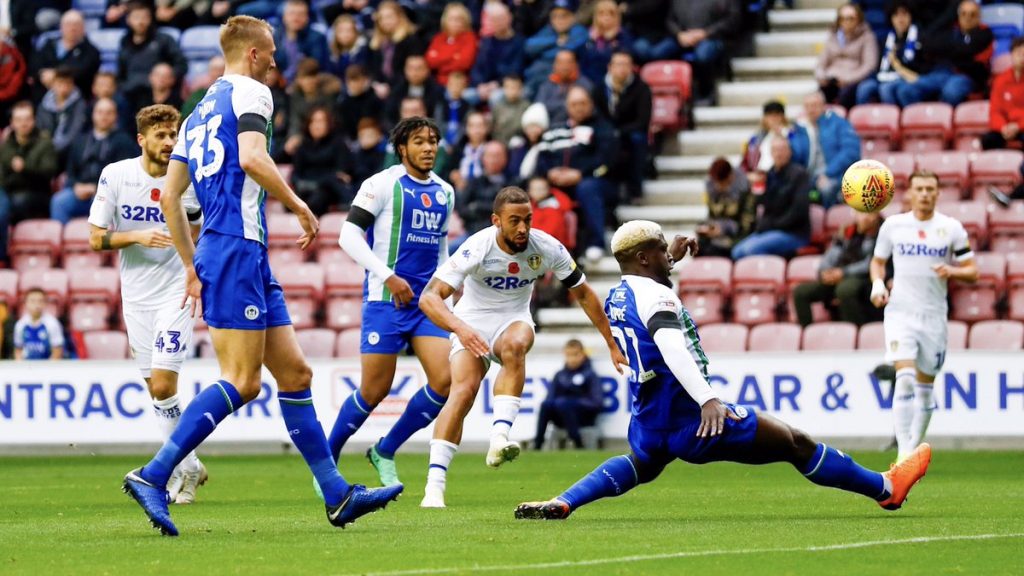 Leeds United showed great fighting spirit to recover from being a goal behind to seal all three points against Wigan Athletic on Sunday.

Marcelo Bielsa’s side won 2-1 against the Latics, and with that result the Yorkshire club returned to the top of the Championship.

Former Leeds United player Andy Couzens took to social networking site Twitter to express his reaction. He has hailed the victory as a “great performance”.

Just after the break, Leeds took the lead when Kemar Roofe capitalised on a defensive mix-up to put the ball in an empty net. It was his seventh goal of the season.

The Roofe is on ? @roofe39 deserves a new @LUFC deal. Top of the table #leedsleedsleeds #mot

Roofe, who joined the club in 2016, has been reportedly targeted by Premier League clubs Wolves and Crystal Palace.

Leeds managed 67% of possession, and attempted 12 shots during the match, according to BBC Sport.