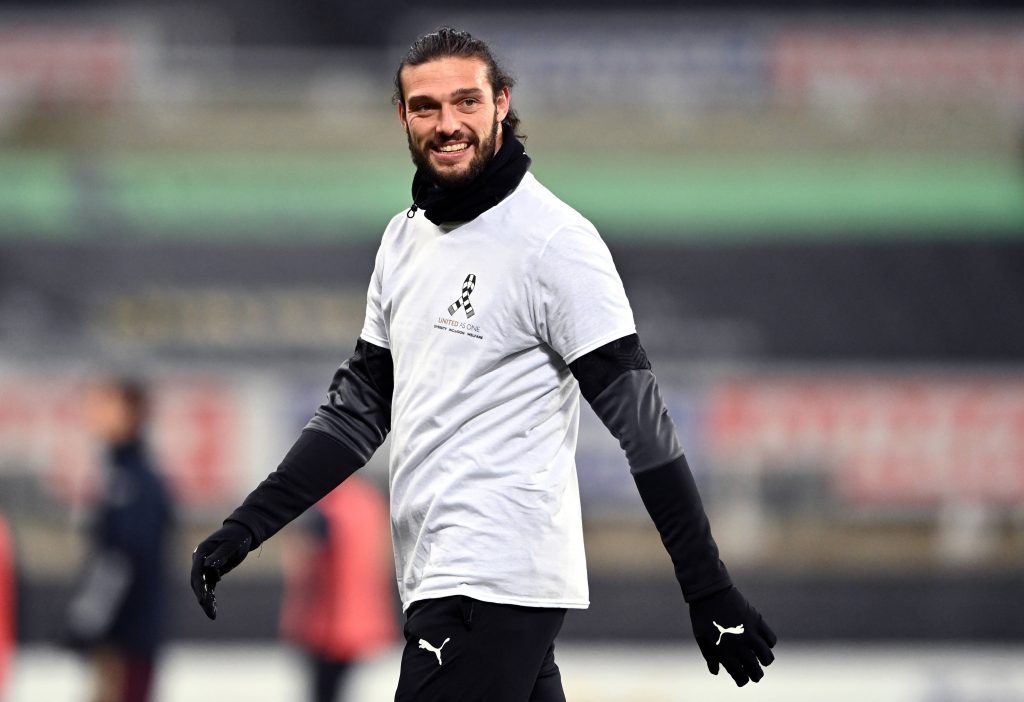 Newcastle United striker Andy Carroll could extend his stay at the club for another season.

According to the Chronicle, the striker is currently on holiday but left with the offer of a new deal and negotiations regarding his future are ongoing.

The towering centre forward was a squad player for Steve Bruce this past season, and the Newcastle manager is thought to be impressed with his contribution behind the scenes.

Newcastle could certainly use more depth in the attacking department, and keeping Carroll for another season wouldn’t be a bad decision.

The report from Chronicle adds that the club are set to hold discussions with Carroll regarding his future later this month.

The 32-year-old adds a new dimension to Newcastle’s attack, and Bruce will be able to utilise a more direct approach with him at his disposal.

In addition to his aerial ability, Carroll is good at holding up the ball and bringing others into play.

Callum Wilson and Joelinton are different forwards, and Carroll’s presence will give Newcastle some much needed tactical flexibility.

The nine-cap England international scored just once in 22 appearances for Newcastle this past season.

Some Newcastle fans took to Twitter to react to the news of Carroll potentially staying on for another season – here is what they had to say.

He barely played, even when fit, neither did Gayle… what on earth goes through their heads?!

We’ll end up resigning Saviet, Carroll and Atsu at this rate.. it’s almost as though no one at the club has the foggiest clue what they’re doing 🙄

If true then there is no takeover on the horizon. And also if true this might be the nail in the coffin for a lot of fans. There’s loyalty and then there’s is bafoonery. This is illogical!

Not surprised. Bog standard when it comes to our recruitment team of charnley and co.

Oh Jesus. He scored his goal, can we just draw a line under it?

The most pointless piece of business #nufc will do. Thanks for the memories yes Andy but offers nothing as a player right now.

This wouldn't even be a thing if the #NUFCtaketover was going through anytime soon, as MA has apparently told AS to be ready with funds.