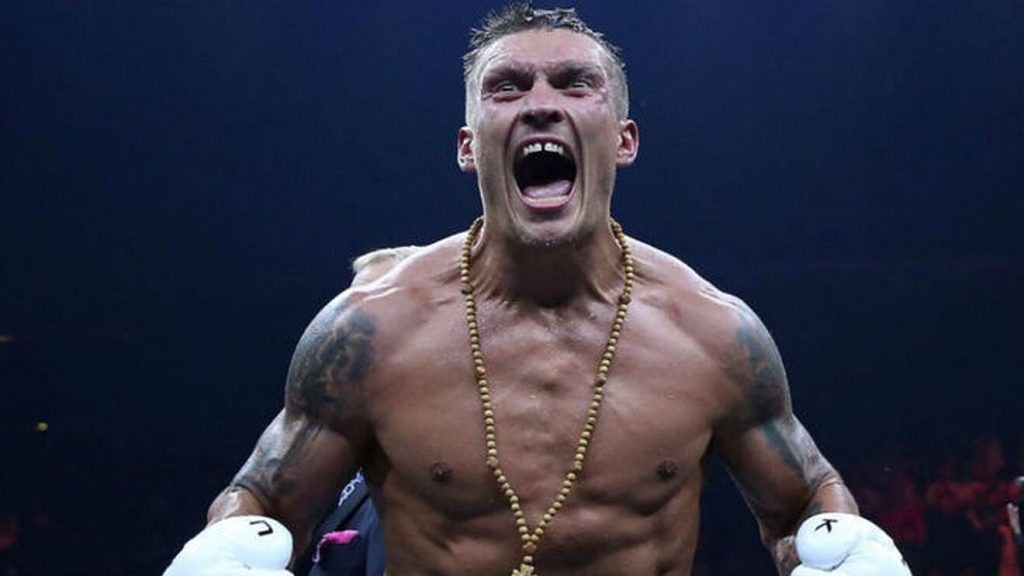 Oleksandr Usyk vs Anthony Joshua 2 is just over a week away, and it looks like the Ukrainian animal will be coming in at a career heaviest weight in Jeddah, Saudi Arabia on August 20th.

Rumours are circulating that Oleksandr Usyk could weigh upwards of 250-pounds for his highly anticipated rematch with Anthony Joshua, which would be the heaviest the unified world heavyweight champion will have weighed in at in his professional career by a long stretch.

Former world champion boxer and British boxing icon, Amir Khan, has claimed that Oleksandr Usyk could weigh in as much as a staggering 15 kilograms heavier than when the pair of heavyweights fought first time around in 2021.

The Ukrainian former undisputed cruiserweight champion and now the unified heavyweight champion, weighed in at 221-pounds when he fought Joshua at the Tottenham Hotspur Stadium in September 2021.

However, the now retired Khan has hinted that the 35-year-old is looking enormous in camp and could weigh in somewhere around the 250-pound mark.

😮 @AmirKingKhan has claimed that Oleksandr Usyk has put on a massive 15kg ahead of his rematch with Anthony Joshua.

That means the current champion looks set to weigh in at around the 250lbs mark!

This would be a 29-pound jump in just one fight, which equates to 2-stone 1-pound. This would be a hugely bold move from Usyk, and would surely imply he is searching for the knockout victory over ‘AJ’ this time around.

Here is Oleksandr Usyk’s weigh-in history since moving from cruiserweight up to heavyweight:

What Are The Implications For The Fight?

The question now on everyone’s lips is how Usyk supposed huge weight gain with affect the fight with Joshua on August 20th in Jeddah.

It is fairly obvious that if this statement from Amir Khan is true, then Usyk is coming to knock Anthony Joshua out.

The only reason Usyk would want to gain this much weight would be to add power, which indicates that he would be looking to beat Joshua by knockout this time, rather than on points.

The heavier a fighter is, naturally the slower the footwork and hand speed would be. These are two of Usyk’s best assets, so if this is the case and the Ukrainian hero is set to come in at a career highest weight of roughly 250-pounds, then it is a telling factor into his tactics for the fight.

If the rumours are true that Usyk is set for a heavy weigh-in, then he is most definitely going for the KO victory over ‘AJ’ in their highly anticipated rematch.

Haven’t claimed the Usyk vs Joshua 2 betting offer yet? Don’t worry, take a look at the best betting sites and claim the best bookmaker free bets.