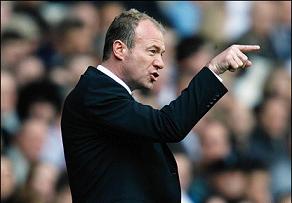 Newcastle United could see manager Rafa Benitez leave the club in the coming days after he failed to agree to a contract extension, and club legend Alan Shearer isn’t a happy man.

The former striker has hit out at the Saint James’ Park outfit for their treatment of the Spaniard and fans, and has demanded they let everyone know what is going on.

“What the hell is going on at Newcastle United Football Club? It looks complete and utter chaos and the lack of communication from the club is embarrassingly bad,” Shearer wrote in The Sun.

“Their world-class manager can walk away in a week’s time for nothing.Nothing surprises me at Newcastle any more.

“But for the club to stay silent and seemingly let someone as talented and as special as Benitez leave for free, it really is a terrible situation.”

At the moment, there are no talks planned for this week between Newcastle and Benitez to renegotiate, and while a take-it-or-leave-it offer remains on the table, it is highly unlikely that the former Liverpool boss will change his mind and sign it.

The Times claims that the Magpies are to begin the search for a new manager after accepting that Rafa will not extend his three-year stay at the club despite his desire to stay and his love for the fans.

Both parties have been locked in contract talks for the past 18 months, and Newcastle have offered Benítez a one-year contract on the same £6 million salary, albeit with bonuses.

However, Chinese Super League outfit Dalian Yifang are ready to pay him £12 million a year.

Owner Mike Ashley is not prepared to improve the club’s infrastructure, and it’s the major reason the fans’ and players’ favourite could walk away at the end of the month.