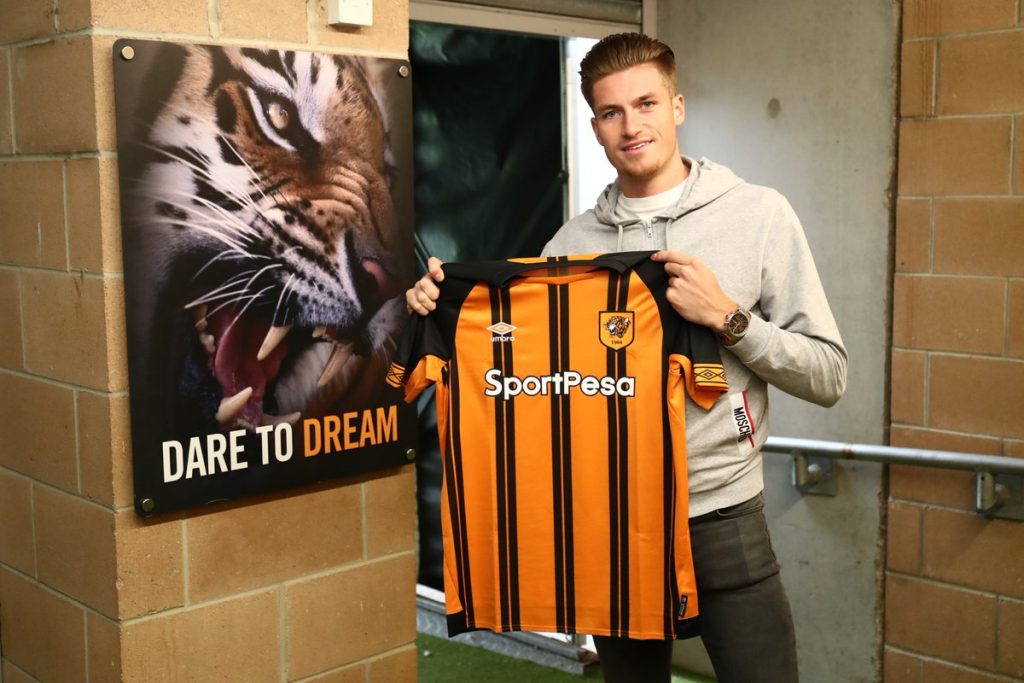 Hull City confirmed the signing of West Ham United defender Reece Burke and supporters can’t believe how cheap he was. After shipping so many league goals in 2017/18 and losing two defenders this summer, City are in need of replacements.

The 21-year-old cost the Tigers £1.5m and will look to become a first-team regular at the KCOM Stadium. Burke rose through the youth ranks to the senior side at West Ham and went on to make 15 appearances in all competitions. Fans were stunned how little he cost Hull.

Congrats Hull, you’ve got a great young player with a big heart.

Was fantastic at #bcafc. Think Hull have got themselves a top player there.

He isn’t bad, never good enough to match our level of ambition but he can do a job in the championship.

Hull getting an absolute steal there for only £1.5m

Hell of a signing for you!! Top player ⚒⚒

Top player your getting there and for an absolute bargain

Look after him @HullCity you have your self a great hot prospect and he will be sorely missed at West Ham hope he gets the chance with you he did not get with us ???

Burke struggled for playing time with United due to stiff competition in the defence. The likes of Angelo Ogbonna, Winston Reid, Declan Rice, James Collins and Jose Fonte were ahead of the centre-back in the pecking order, forcing the England u20 international to seek a move to a club willing to give him more opportunities.

Hull finished 18th in the Championship last season, conceding 70 goals in 46 games. City could benefit from Burke joining their porous defence ahead of the new season as they’ve lost a number of players from their backline this summer. Michael Dawson has left Hull to join former side Nottingham Forest while Michael Hector re-joined parent club Chelsea after his loan spell.