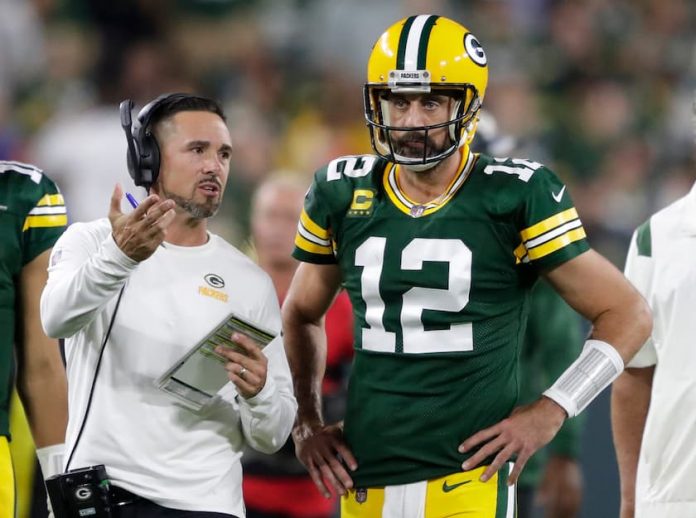 Ahead of the Bucs vs Packers game next Sunday Aaron Rodgers has made his stance clear on playing into his 40s as he prepares to face Tom Brady.

Rodgers has publicly made retirement an option several times now but to Packers fans delight he is not ready just yet. Although he might not know when he will officially retire, he has strongly indicated it will be sooner rather than later.

He’s made it clear to fans and the media that he has no interest in playing till his mid-40s and does not want to replicate Tom Brady playing until he is 45.

Aaron Rodgers confirms again that, unlike Tom Brady, he won't be playing until age 45.

"I feel like I've given my all to the game. At some point, it'll be time to do something else." pic.twitter.com/scHi5jtwXe

Rodgers recently confirmed this interest by saying: “I won’t be, I’ll be doing something else, I have a lot of other interests outside the game.

“Game’s been really, really good to me. I feel I’ve given my all to the game. At some point, it’ll be time to do something else, and I strongly believe that’ll be before 45.”

It’s clear that Rodger’s intention to retire is nothing to do with ability but rather preference as he has won back-to-back MVP awards in 2020 and 2021, proving he is still at the top of his game.

The matchup against the Patriots next Sunday will be the 5th time Rodgers and Brady have faced off against each other and with news of retirement surrounding them both, maybe this will be their final battle.